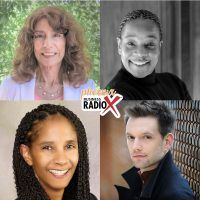 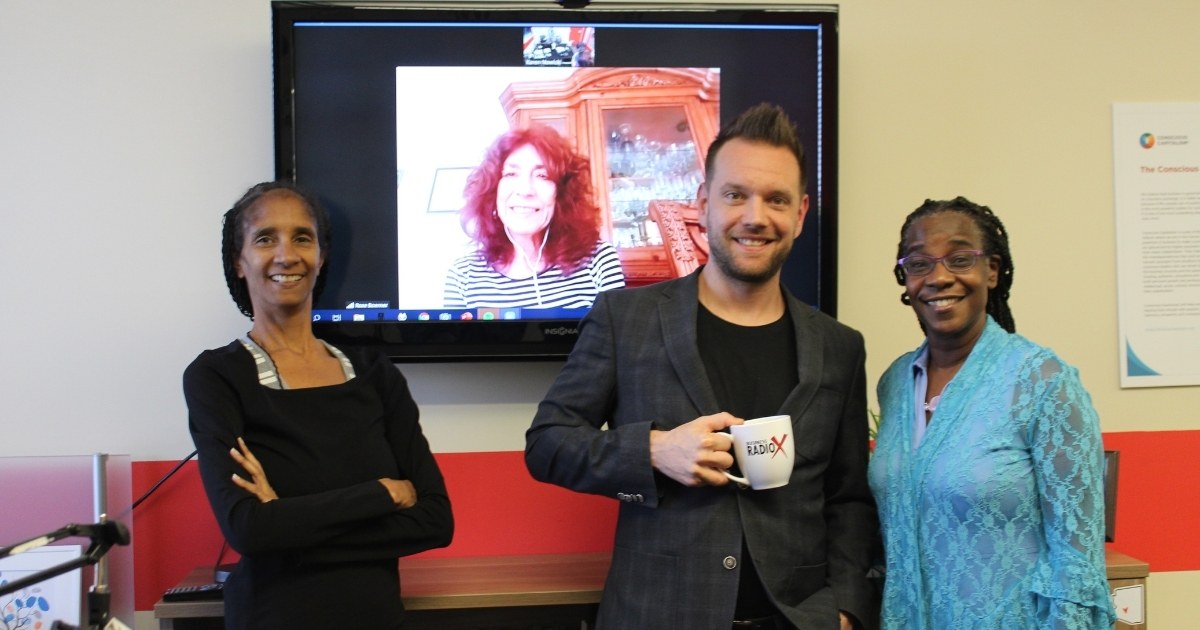 In this episode of Racism in Small Business & Arts we explore, yet another uncomfortable conversation, Suicide – The “Silent” Killer, with author/playwright Josh Rivedal, who shares his personal experience and the impact of suicide on subsequent generations. Rose Boerner, NAMI of Sedona, provides additional resources. Host Karen Nowicki emotionally shares her fight to keep the trauma of her husband’s recent suicide attempt from negatively impacting her teen son. Panelist Karen Loomis requested tools to handle those moments when when someone in your life says those words. Camilla Ross, produces Josh’s upcoming one-man show, Kicking my Blue Genes in the Butt, LIVE in-theater or LIVE Stream from Sedona, Arizona. Suicide prevention starts with suicide awareness.

Suicide Prevention starts with awareness. This is a unique opportunity to be a part of this healthy conversation about this uncomfortable subject. Tools and resources for you, or family are provided.

NAMI, the National Alliance on Mental Illness, is the nation’s largest grassroots mental health organization dedicated to building better lives for the millions of Americans affected by mental illness. 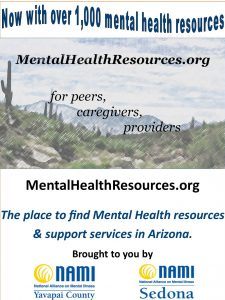 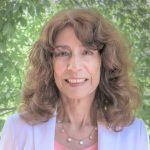 Rose Boerner retired from a multinational pharmaceutical company in 2004, after 28 years, in International Marketing, QA Labeling, and as Associate Director in Regulatory Affairs.

She served 3 years on Board of Trustees of Sedona Public Library and has been President of NAMI Sedona/Verde Valley (National Alliance on Mental Illness) from 2005 to the present.

The i’Mpossible Project is an organization that creates seminars, workshops, curriculum, books, music, and plays designed to entertain, educate, and engage on Suicide Prevention and Mental Health on college campuses, high schools, communities, and in the workplace. 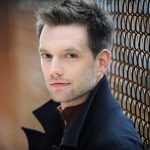 Joshua Rivedal—speaker, actor, playwright, innovator, social entrepreneur—is the creator and founder of Changing Minds: A Mental Health Based Curriculum and The i’Mpossible Project. He has spoken about suicide prevention, mental health and nutrition, and diverse experiences across the U.S., Canada, the U.K., and Australia.

He is trained in human capital management with an emphasis in coaching from New York University, community counseling from the Southern California Counseling, Center, the teacher’s edition of emotional intelligence at Yale University’s Center for Emotional Intelligence, and is trained in suicide prevention modalities QPR and ASIST. His original coursework on suicide prevention is taught in Washington State to various professions such as dentists, pharmacists, and occupational therapists.

As an actor, Joshua’s voice has been heard on U.S. national commercials like Dell, McDonalds, Dunkin Donuts, and Johnnie Walker; as well as on one of the Freckleface Strawberry Books, Cinderella Penguin, and as part of the award winning voiceover cast of The Art of Secrets by James Klise.

In the business world, Joshua has worked on the marketing team of the world’s best-selling author James Patterson. He is the author of six books and a co-author of three scientific peer-reviewed journal papers, one on the trajectory of the survivor of suicide loss, another on the art of living with chronic illness, the third on surviving trauma.

Crisis episodes related to mental illness can be incredibly difficult. To help navigate through them, NAMI created this downloadable guide available in English and Spanish: nami.org/crisisguide #SPM20 #NotAlone

“To be a catalyst for social change is really where it’s at for me,” Camilla said. “I believe theater should always be a venue for social change. I love the art of live theater and love what it does to the human soul and spirit. It moves us to look at life differently. To leave off the rose-colored glasses and really see the human condition.”ETC is a shining example. Founded in 2008 to give voice to actors’ innate talent for character development, Camilla has since produced more than 20 inspired, original performances. Emerging and professional cast and crew have blossomed under her guidance. And together they’ve created profound, can’t-ever-forget shows that illuminate social issues, and transform audience curiosity into concern and action.

Karen has never shied away from the many barriers racism presented. She has always felt her extensive education and professional experiences could overcome these often invisible challenges.

Unfortunately, institutional racism has proven to be too big of a hurdle for one person to take on. Using No Moss Brands as the vehicle, Karen will use her voice to open the eyes of others who are willing to join all People of Color on this journey to change. You in?