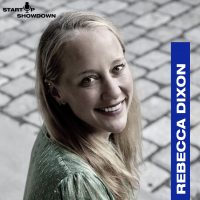 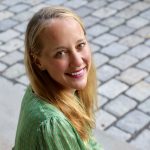 Rebecca Dixon is an entrepreneur who is passionate about creating businesses that support and amplify women through engaged communities.

As co-founder of the*gameHERs, Rebecca and her team have created the largest social network, media platform, and lifestyle brand for women who game and work in the gaming industry in North America.

Of the 2.8 billion gamers in the world, half of them are women, while women are extremely under-represented in the industry and experience a high level of toxicity. The*gameHERs is dedicated to providing a safe and social space for women gamers with the launch of their matchmaking and social app.

The team at the*gameHERs is the same team who sold their parenting company Mommmybites in 2016 to a media conglomerate in New York.

Rebecca received her BS in Mathematics from Vanderbilt University and lives in New York City with her husband and three children. 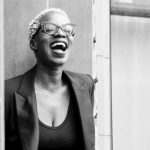 Verta Maloney is all love with appropriate doses of rage. Verta is a founder, storyteller, yogi, mama warrior and anti-racism facilitator. she has designed, managed, and delivered professional learning experiences and programs for school leaders and educators across the country.

Verta began her 25 year career in education as a teacher in Prince George’s County Public Schools and then as a literacy specialist for the New York City Department of Education. after getting her master’s degree in politics and education at Columbia’s Teachers College, she became the founding principal of Bronx Arts and then served for several years as a leadership coach for principals and aspiring principals at New Leaders.

Verta is a founding team member at Civics Unplugged because she knows #TheKidsWillLead and is Chief Innovation Officer & Co-Founder at the*gameHERs because all gamers who identify as women are dope. Verta is also a national leadership facilitator for New York City Leadership Academy where she expands upon her anti-racism work.

Verta Maloney co-founded 45 Lemons to help individuals and organizations share their racial autobiographies and stories in order to act on and undo racism in this lifetime. It is Merta’s hope that in every encounter Black, Indigenous and folks of color will leave seen, heard healed and loved.

Connect with Verta on LinkedIn.