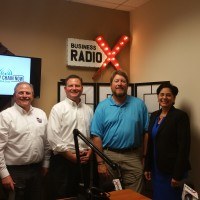 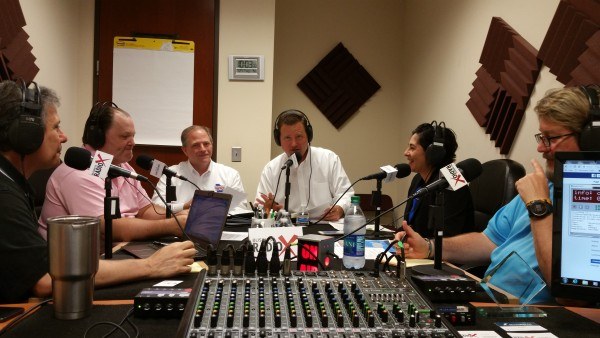 Supply Chain Now Radio brought to you by APICS Atlanta

Scott Luton serves as Managing Partner for TalentStream and is a member of the ownership group. He brings more than 15 years of general management and business development experience to TalentStream. After graduating from the University of South Carolina in 2000, he began his career as a database analyst in the United States Air Force. Luton later joined EmployBridge – a national specialty staffing provider based in Atlanta – where he was named to the President’s Club in 2007 and 2008. He has held leadership roles including Vice President of Business Development for Definity Partners and Director of Sales for Clairon Metals Corporation. More recently, Luton founded Riverwood Associates in 2013, a leading process improvement consulting and training firm in the Southeast. He formerly served as President of APICS Atlanta and currently is a member of APICS Southeast District Staff. A certified Lean Six Sigma Green Belt and an APICS Certified Supply Chain Professional, Luton also maintains active membership in the Association for Manufacturing Excellence, the Georgia Manufacturing Alliance, the Transportation Club of Atlanta and SHRM Greenville. Follow TalentStream on LinkedIn, Twitter and Facebook.

Chris Barnes is a supply chain thought leader for HighJump, a supply chain network solutions firm, and founder of Lean Atlanta Consortium (LeanATL). Barnes has served in many roles on the Board (VP Education, Past President, VP Marketing) and is a Past President of Atlanta WERCouncil. Connect with Chris on Twitter and Facebook.

John W. Phillips (LTC, U.S. Army Retired), is the Executive Director of Boots to Loafers, LLC., an organization focused on helping military personnel successfully transition to civilian life. John is also the author of Boots to Loafers: Finding Your New True North, the new Field Manual for those making the Transition, Transformation, and Integration back into civilian life.

John is a retired US Army Field Artillery officer and Comptroller with 20+ years of service in Europe, the Middle East, and the United States. He is a finance executive and has worked in corporate finance, program and project management, and sales roles at The Coca-Cola Company in Atlanta, GA. Connect with John on LinkedIn and Twitter.

Elba Pareja-Gallagher is a bilingual finance and strategy professional and leader with more than 15 years of broad experiences including Finance & Accounting, Investor Relations and Marketing. She has lived as an expat in Singapore and Hong Kong and is an APICS Certified Supply Chain Professional. Elba holds a Master of Science degree in Supply Chain Management. Find out more about ShowMe50.org by visiting their website, and connect with them on LinkedIn, Twitter and Facebook.

Jason Moss is often referred to as the “Master networker”. As the founder of the Georgia Manufacturing Alliance he focuses his efforts to support, serve and grow the manufacturing industry in Georgia. Known for his creativity, Jason has successfully developed and implemented several unique marketing and promotional events that have brought awareness to the people, plants and products of Georgia. As an example, Jason created the 2013 and 2014 Georgia Manufacturing EXPO. These events were a huge success and attended by more than 1,000 people.

Political leaders have recognized his efforts in promoting the manufacturing industry in Georgia. Jason was joined by more than 70 Georgia manufacturing leaders at the State Capitol as part of the official photo when Governor Nathan Deal presented him with the “BUY FROM GEORGIA” Proclamation. Jason has been the driving force behind this proclamation for the past two years as a way to encourage citizens and businesses to buy locally manufactured goods year-round.

Jason was awarded the “Georgia Community Leadership Award” at the 2015 Georgia Entertainment Gala. At the 2015 IMPACT Regional Business awards ceremony GMA was a finalist in the Service Industry Category.

Since 2008, Jason has been on a mission to create profitable business connections for his members through direct referrals and events he hosts year-round. It only takes a couple of minutes around Jason to get a sense of his passion for Georgia manufacturing. Connect with Jason on LinkedIn.