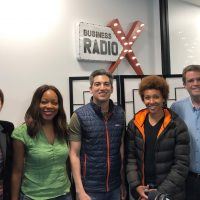 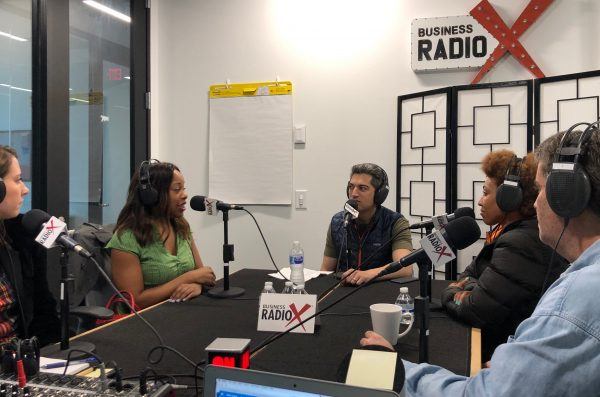 Dr. Roshawnna Novellus, Founder and CEO of EnrichHER, is a gender equality advocate who believes in economic empowerment and inclusive economic growth. Dr. Novellus holds a Ph.D. in Systems Engineering, with a Minor in Finance, a Masters of Science in Information Technology. Roshawnna was honored as one of the Women Who Means Business by the Atlanta Business Chronicle, one of the 40 Under 40 by Georgia Trend, as a Halcyon Fellow for Social Impact, and as one of the Top 25 Innovators & Disruptors in Tech.

Over the course of a 20-year career in advertising, marketing, and new media, John Adcox has held a number of titles including Executive Producer, Vice President of Digital Media, Creative Director, Vice President of Marketing and Creative Services, and CEO. A few of his clients have included AT&T, Mercedes-Benz, Holiday Inn, Coca-Cola, UPS, SCANA, AutoTrader.com, Time Warner, Disney, Delta Airlines, 3M, Ford, and many more.

In addition, he has hosted a radio show, acted professionally (although not since age 15), designed and written scripts for games, written a play for a professional theatre company, taught university astronomy, and written articles on topics including mythology, psychology, technology, religion, and marketing strategy.

His many, many interests include books and literature, religion and philosophy, mythology, the Arthurian legends, travel, baseball, science fiction and fantasy, marketing communications, Celtic music and lore, new media, theatre, and politics, not to mention astronomy and cosmological physics.

John sits on advisory boards/boards of directors at the Blockchain Chamber of Commerce, Invest Atlanta, and the Georgia State University Library. He served for more than four years as the Lay Leader and Council Chair at Inman Park United Methodist Church.

John Adcox is the founder and CEO of Gramarye Media, the story incubator — a disruptive book publisher, film studio, game developer, and more. Gramarye is the first “mini-major” studio, complete with distribution, on the east coast, and the first funded by an SEC-compliant Security Token Offering.

Gramarye Media is a company incubated through Georgia Tech’s prestigious Flashpoint program, which advocates rigorous process for reliable innovation. Gramarye applies that same “Silicon Valley” incubation approach to content innovation, building and vetting engaged audiences before a single frame of film is shot. That process, along with proprietary technology and the Georgia business environment, allows Gramarye to reduce both the risk and costs of developing original event tentpole franchises.

Prior to joining the Invest Atlanta team, Noelle London was with 1776, a global incubator and seed fund, in Washington, DC. There, she launched and managed 1776’s second incubator in Crystal City, Virginia. She later moved on to lead the DC Region team and launch industry-focused challenges to improve corporate innovation pipelines.

Noelle completed her masters in Global Policy at the Lyndon Baines Johnson School of Public Affairs at the University of Texas at Austin. During graduate school, she worked as a researcher with IC2 Institute studying innovation policy and entrepreneurship globally, including projects focused on Ecuador, Indonesia, and South Korea.

Noelle served as a Peace Corps Volunteer in Nicaragua training the Ministry of Education in a new entrepreneurial development curriculum as well as helping to build women’s artesian cooperatives. She holds a BS in Economics and Latin American Studies from the College of Charleston. 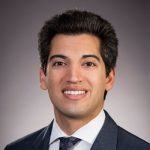