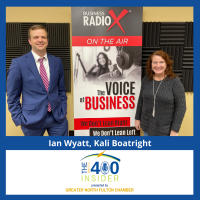 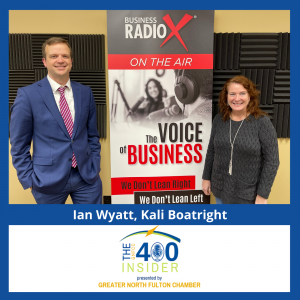 Ian Wyatt, Principal Economist with the Metro Atlanta Chamber, joined host Kali Boatright to cover the North Fulton economic outlook for 2022. Ian discussed the strength of North Fulton schools, inflation, housing affordability, how childcare costs affect the labor market, job growth and unemployment and much more. The GNFCC 400 Insider is presented by the Greater North Fulton Chamber of Commerce and produced by the North Fulton studio of Business RadioX®

The Metro Atlanta Chamber (MAC) is a 160-year-old organization that today represents businesses, colleges and universities, and nonprofits across the 29-county region that makes up the nation’s ninth-largest market.

MAC works to position metro Atlanta as a top-tier global region by focusing on three key areas: economic development, public policy and promotion. Its efforts build on the qualities that make Atlanta one of the nation’s most unique metros — its neighborhoods, culture, quality of life, welcoming business community and more. MAC’s economic development efforts focus on recruiting new companies to the region and retaining and growing the innovative businesses that already call the area home. In addition, MAC convenes thought leaders in supply chain, IoT, bioscience, global commerce, technology, innovation and entrepreneurship — the region’s key ecosystems.

Prior to joining the Bank of America, Ian served as a Senior Economist with the Bureau of Labor Statistics, where he was responsible for developing and evaluating forecasts of major macroeconomic variables, including GDP, inflation, employment, balance of trade, and monetary policy. These forecasts formed the basis of official U.S. government economic forecasts.

Ian began his career as an Economist, Occupational Outlook and Occupational Employment Statistics Division with the Bureau of Labor Statistics, where he co-developed new statistical metrics and methods in response to customer requests for information on the employment outlook for college graduates. 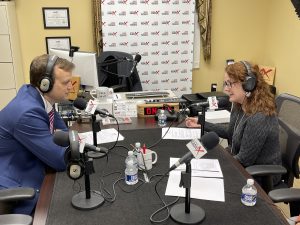