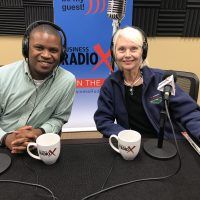 Why does Alpharetta keep achieving such high rankings for quality of life? What makes Alpharetta such an attractive place to do business, particularly for technology companies? What are some of the signature events which draw visitors to Alpharetta? Join Host Kali Boatright as she poses these questions and more to Janet Rodgers, Awesome Alpharetta, and Matthew Thomas, Economic Development Manager of the City of Alpharetta. The “GNFCC 400 Insider” is presented by the Greater North Fulton Chamber of Commerce.

Janet Rodgers is President and CEO of Awesome Alpharetta, the Alpharetta Convention & Visitors Bureau. The mission statement of the Alpharetta CVB is “to position the city of Alpharetta as a regionally, nationally and globally recognized premier tourism destination by developing quality programs and facilities to attract overnight visitors.”

The Alpharetta CVB uses innovative and targeted marketing strategies, along with aggressive sales efforts, to attract overnight visitors to the city. They do this in three key areas:

1.  Increasing the awareness and identity of Alpharetta as a destination for the leisure and individual traveler and raising awareness of the economic importance of the visitor industry to Alpharetta by placing advertisements, writing press releases, utilizing social media and maintaining a technologically advanced website

2. Employing a variety of sales strategies to increase the number of group room nights booked in Alpharetta’s 26 hotels through attendance at tradeshows, association meetings and conferences as well as sales calls and site visits with event organizers

3. Providing leadership for the visitor industry, coordinating activities, encouraging marketing activities and partnerships, and projecting an appealing image on behalf of the city of Alpharetta

For more information on the Alpharetta CVB and their services, call 678-297-2811 and request their brochure, “A Look at the Alpharetta Convention and Visitors Bureau.” You can also visit the Awesome Alpharetta website.

Matthew Thomas is the Economic Development Manager for the City of Alpharetta.

There’s a reason why more than 640 technology-based businesses have made their home in Alpharetta, and it’s not just the nice houses and great weather. The city’s fiber-optic network is the most extensive and redundant in the Southeast, and they work closely with state and local economic development agencies to provide tax credits and incentives to complement any brand of business. Some of the biggest and most recognized names in the tech industry are thriving in Alpharetta. With more than 20 million square feet of office space, there’s plenty of room in the neighborhood for you next expansion. 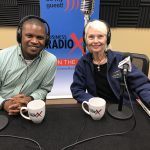 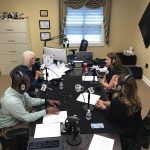