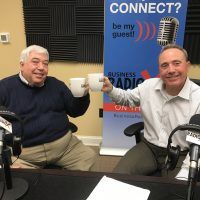 Bill Bland is Senior Vice President with Choate Construction. Bill’s primary responsibility for Choate is to originate and implement a marketing and sales strategy; focusing on procuring projects which fit the company’s experience and qualifications. On select projects, he works with the preconstruction team to review plans, and offer input into the program and schedule. Bill has been with Choate for 25 years where he was a project manager before joining the executive management of the company.

Prior to joining Choate, Bill was a principal and project manager for Wood, Morris & Bland where he was involved in the design and construction of numerous healthcare-related projects across the country. Bill earned a Bachelor of Science from Georgia Southern University and he is also a graduate of Georgia College and State University, where he received his Masters in Business Administration.

In addition to his professional accomplishments, Bill is active in several civic and professional associations. He has served as past President of CoreNet Global and Real Estate Group of Atlanta (REGA), and he is an active member of the National Association of Industrial and Office Properties (NAIOP), and the Urban Land Institute (ULI). He is also an executive board member of the Greater North Fulton Chamber of Commerce where he serves as chair for the annual golf tournament and the 2019 Chairman of The Board.

Alan Najjar is the 2020 Chairman for the Greater North Fulton Chamber of Commerce. Alan has overseen the business development efforts of Smith & Howard since 2011.

A veteran of the Atlanta banking and business community, Alan has held executive level leadership positions at SunTrust Bank and other Georgia financial institutions. Prior to joining Smith & Howard, he was the EVP and Chief Operating Officer of an Atlanta-based financial services company.

Alan is a graduate of the University of Georgia and the Stonier Graduate School of Banking at Rutgers University. He is a veteran who served in the U.S. Marine Corps.

Alan serves on the Board of Directors for The Greater North Fulton Chamber of Commerce and is a trustee emeritus for Georgia Gwinnett College Foundation and Community Foundation for Northeast Georgia. He is active in numerous civic, social and academic organizations. Alan and his wife, Donna, are long-time residents of Gwinnett County and when away from the office, Alan most enjoys sunrises on the lake and time with his family. 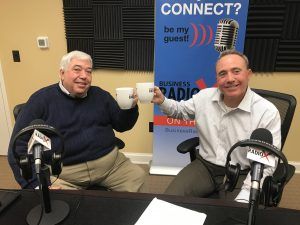