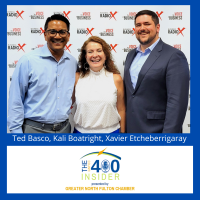 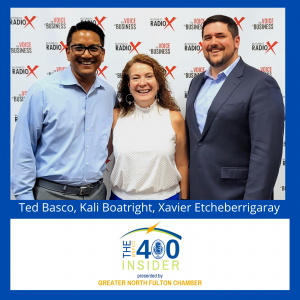 Host Kali Boatright welcomed Ted Basco, Director of Sales for Visit Roswell, and Xavier Etcheberrigaray, General Manager of the Atlanta Marriott Alpharetta, in a conversation about the hotel industry in North Fulton. They had a lively discussion about how the industry adjusted to the changing conditions of the pandemic, the need for resilience, the rise of Airbnb and VRBO properties and how hotels differentiate themselves, labor shortage issues, trends they see coming, and much more.

Visit Roswell is the convention and visitors bureau for the City of Roswell, Georgia.

Often referred to as a destination marketing organization (DMO), their organization incorporates targeted advertising and marketing programs with sales and public relations efforts to build the image of Roswell as a travel destination and increase visitation to the city.

Ted Basco is a seasoned veteran of the tourism & hospitality industry. He has extensive hotel experience with major worldwide brands like Hyatt Corporation, Starwood Hotels and Resorts, Marriott International, and IHG Hotels and Resorts. The bulk of Ted’s career includes roles as Director of Guest Services, Director of Operations and Director of Sales & Marketing at numerous hotels in San Francisco, San Diego, Los Angeles and Atlanta.

Today, Ted is in his 3rd year on the DMO’s side of the business as Director of Sales & Film Liaison for Visit Roswell – the Roswell, Georgia Convention & Visitors Bureau. Ted currently serves as an active member of the MPI Georgia Chapter, co-chairing their Community Outreach Committee where he recently was awarded the Phoenix Award for MPI Georgia Supplier Member of the Year.

Ted also is also a recent graduate of the Leadership North Fulton – Class of 2022, a year-long class facilitated by the Greater North Fulton Chamber of Commerce. Ted’s true personal passion is in sports, as he was a former student-athlete at San Francisco State University, majoring in Broadcast Communications and Sports Journalism. He also serves as a long-time volunteer and advisory board member with the Chick-fil-A Peach Bowl in Atlanta.

Ted is married to Wendy, his wife of 14 years, who is also in the hospitality industry as an executive with The Ritz-Carlton Hotel Company. They both have two amazing and talented children (11, 8).

And congratulations to Ted for being a 2022 MPI Georgia Phoenix Award Recipient as Supplier of the Year.

Experience attentive service in a prime setting at Atlanta Marriott Alpharetta. Ideally situated near business centers and popular attractions such as Top Golf, their updated hotel offers a modern yet warm and inviting ambiance that welcomes every traveler. Relax in the comfort of their spacious guest rooms or suites, each with deluxe amenities and products.

Savor delicious dining in the hotel’s restaurant or stop by the coffee shop to pick up drinks and treats to take along on your adventures around Alpharetta. If a business meeting, wedding, or social event brings you to Alpharetta, you’ll be delighted with their sophisticated venues, custom catering and unparalleled services. When it’s time to explore, you’ll find shopping, dining and entertainment nearby, including Ameris Bank Amphitheatre, Avalon, and more.

Whether staying with Atlanta Marriott Alpharetta for work or enjoying a getaway, they look forward to greeting you.

Xavier Etcheberrigaray serves as a GM for the Atlanta Marriott Alpharetta.

Previously he was the Corporate Director of Hotel Operations at Caesars Entertainment, based in Las Vegas. In this role, he was responsible for the development, implementation, and execution of hospitality-related initiatives for Caesars’ Brands in the Americas, including Caesars Palace, Paris, Flamingo, and Harrah’s properties.

Prior to joining Caesars, Xavier spent the last decade working overseas, for both Rixos and Kempinski Hotels. As the Corporate Director of Strategy and Development at Rixos, he oversaw the company’s strategic, long-term goal planning function and development pipeline for luxury resorts in emerging markets.

Xavier embarked on his career as a Management Trainee with InterContinental Hotels, working as a Food & Beverage MT in Miami and subsequently a Sales & Marketing MT in Atlanta, before assuming roles of increasing responsibility outside the company. He later pursued an MBA in hospitality from Glion in Switzerland.

Xavier graduated from Ole Miss with a degree in Political Science. Xavier is a polyglot and serious foodie, speaking French, Spanish, some Portuguese, and English, and enjoying the food from those countries in that order. 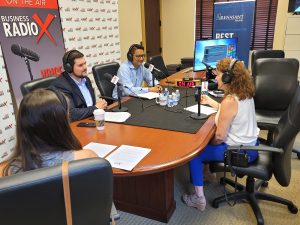