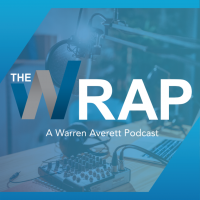 Employees are leaving their jobs in droves looking for something better. For workers, opportunities are seemingly endless. For companies, filling numerous empty positions while also attempting to retain the employees they still have is a challenge, to say the least.

In this episode of The Wrap, David Salters (the leader of Warren Averett Staffing & Recruiting and talent acquisition expert) joins our hosts to discuss how to competitively recruit the talent your company needs—and how to maximize employee retention once they’ve been hired.

After listening to this episode, you’ll know: