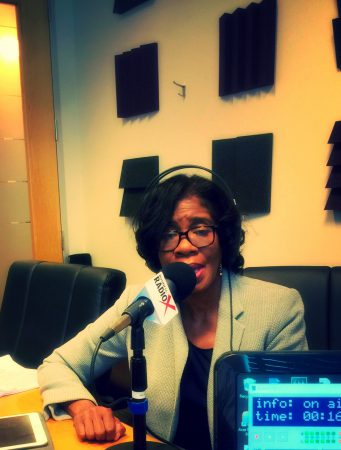 In 2001, Dr. Harris was honored as the Georgia Psychiatric Physicians Association’s

Psychiatrist of the Year. After she earned her medical degree at West Virginia University, she did her residency in psychiatry and fellowships in child psychiatry and forensics at Emory.

She was also a Barton senior policy fellow at the Emory University School of Law. Dr. Harris was the director of Health Services for Fulton County, and she served as the medical director for the Fulton County Department of Behavioral Health and Developmental Disabilities.

Opioid abuse is a crisis in America. More than 40 people in the U.S. die from an opioid overdose every day, while many more are becoming addicted. The American Medical Association (AMA) Task Force to Reduce Opioid Abuse – which is comprised of 27 physician organizations and the American Dental Association – has announced several recommendations to address this epidemic.

It is urging physicians to register for and use state-based prescription drug monitoring programs (PDMPs) as part of the decision-making process when they consider treatment options.  When fully-funded and available at the point of care, PDMPs are an effective tool for physicians to identify patients who may be misusing opioids and can be used to implement treatment strategies, including referral for those in need of further care.

AMA will also continue to work with the administration and Congress to develop balanced approaches to end prescription opioid misuse, as well as supporting congressional and state efforts to modernize and fund PDMPs. Finally, AMA has initiated an educational effort and communications campaign to promote safe,

effective and evidence-based prescribing within the medical profession.

According to the Centers for Medicare &amp; Medicaid Services (CMS), the Medicare Access and CHIP Reauthorization Act of 2015 (MACRA) changed how Medicare health care providers will be paid in several important ways. MACRA

1) eliminated the Sustainable Growth Rate (SGR) formula and 2) created a new framework to “reward health care providers for giving better and not just more care” and 3) combined the existing quality reporting programs (EHR, PQRS) into one new system. According to CMS, this new “Quality Payment Program (QPP)” will replace “a patchwork system of Medicare reporting programs with a flexible system that allows you to choose from two paths that link quality to payments: the Merit-Based Incentive Payment System (MIPS) and Advanced Alternative Payment Models.”