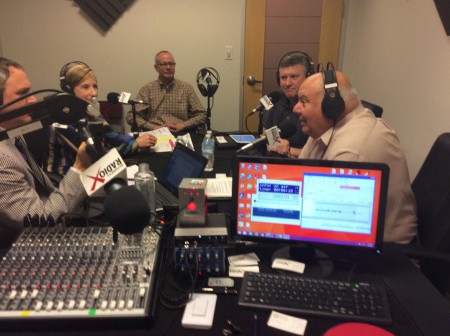 The U.S. Department of Health and Human Services (HHS) has approved MAG’s request to form the nation’s first medical society-sponsored statewide volunteer medical reserve corps (MRC). MAG and the Georgia Department of Public Health would oversee MAG’s MRC. MAG is now eligible for limited federal capacity building funds and has in fact received a 2015 grant for $2,500 – though the MAG MRC will require funding from private sources to fully maximize its vision.

The MAG MRC will train physicians to respond to declared emergencies in Georgia, and it will establish a system to coordinate the deployment of those physicians during any such emergencies. The MAG MRC will supplement the official medical and public health and emergency services resources that are available in the state. MAG MRC units will be capable of setting up mobile hospital systems. And under extreme circumstances (e.g., a shortage of health care providers in a given area), MAG MRC units can be called upon to perform some of the functions that would otherwise be performed by the full-time emergency medical response personnel in the state. MAG formed the MRC as a result of 2013 House of Delegates meeting action.

The MRC is a national network of volunteers, organized locally to improve the health and safety of their communities. The MRC network comprises 993 community-based units and 207,783 volunteers located throughout the United States and its territories. Georgia has 19 approved MRCs.

MRC volunteers include medical and public health professionals, as well as other community members without healthcare backgrounds. MRC units engage these volunteers to strengthen public health, improve emergency response capabilities and build community resiliency. They prepare for and respond to natural disasters, such as wildfires, hurricanes, tornados, blizzards, and floods, as well as other emergencies affecting public health, such as disease outbreaks. They frequently contribute to community health activities that promote healthy habits.

The designated point of contact is the Director of Health Protection with DPH. The MAG MRC may also be activated by MAG MRC leadership team as necessary. The MAG MRC Unit will supplement the State of Georgia Public Health Emergency Preparedness’ and Response Unit. The unit will not replace or supplant the existing emergency medical response system or its resources including locally based MRC units.

Susan Moore has been MAG’s Director of Health Policy and Third Party Payer Advocacy since 2013. She helps MAG members resolve third party payer claim disputes and grievances. She has spent 30 years in the health care industry – more than half of those focused on patient safety and health care quality. Moore has a degree in nursing from the Emory University School of Nursing and a Master’s Degree in Public Health from the Yale School of Public Health at Yale University.