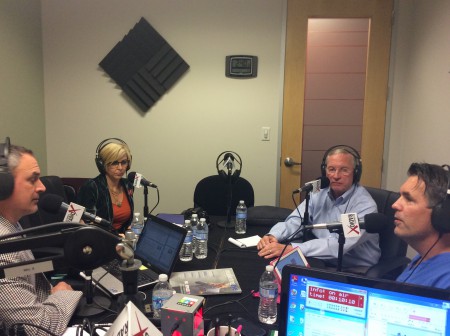 “Think About It” Campaign to End Prescription Drug Abuse

Prescription medication abuse and subsequent addiction is a serious problem that needs our immediate attention as a community and as healthcare providers.  According to the National Institute on Drug Abuse, “Although most people take prescription medications responsibly, an estimated 52 million people (20 percent of those aged 12 and older) have used prescription drugs for nonmedical reasons at least once in their lifetimes.”  And, National Council for Alcoholism and Drug Abuse states, “Taking prescription drugs not prescribed for you by a doctor or in a way that hasn’t been recommended by a doctor, can be more dangerous than you think.  In fact, it can be fatal.  Prescription drugs are the third most commonly abused category of drugs, behind alcohol and marijuana and ahead of cocaine, heroin, and methamphetamine.  Some prescription drugs can become addictive, especially when used in a manner inconsistent with their labeling by someone other than the patient for whom they were prescribed, or when taken in a manner or dosage other than prescribed.  Overall, an estimated 48 million people have abused prescription drugs, representing nearly 20% of the U.S. population.”

This week I sat down with Dallas Gay and Dr. Tennant Slack along with Lori Cassidy Murphy from the Medical Association of Georgia to talk about their recently-launched campaign to fight prescription medication abuse and addiction.  Dallas and Dr. Slack co-chair the campaign and they’re working hard to bring community focus to the problem.  The campaign is being funded by the Medical Association of Georgia Foundation and is working to raise awareness of this issue among Georgia’s residents as well as healthcare providers who prescribe controlled medications.  Their team has developed colorful handout materials that give key recommendations for persons who have prescriptions for controlled pain or anti-anxiety medications with regard to how they take it, how they store it, and how to dispose of it when they no longer need the medication.  Additionally, they’re involved with numerous events around the community to get people talking and thinking about how this problem can be prevented.

Think About It is a program conducted by the Medical Association of Georgia Foundation for the purpose of reducing the incidence of prescription drug abuse and resulting deaths. The concept for the program originated at NGMC in 2010 and is presently co-chaired by Dr. Jack Chapman, Dr. Tennent Slack and Dallas Gay. Hall County has served as the incubator of the program since its inception. The “Help Stop Rx Drug Abuse in Georgia” leaflets encourage Georgians to 1) only take their medicine as prescribed and 2) not share their medicine and 3) store their medicine in a safe and secure place and 4) properly dispose of any unused medicine.

The ‘Think About It’ campaign involves a wide array of organizations, including medical societies, the Georgia Composite Medical Board, the Georgia Board of Pharmacy, the Georgia Pharmacy Association, the Council on Alcohol and Drugs, and the Georgia Bureau of Investigation – as well as other law enforcement agencies, schools, and business and religious and other community organizations.

Thank you for listening and PLEASE SHARE! this podcast with your networks.  You may just help someone you care about.