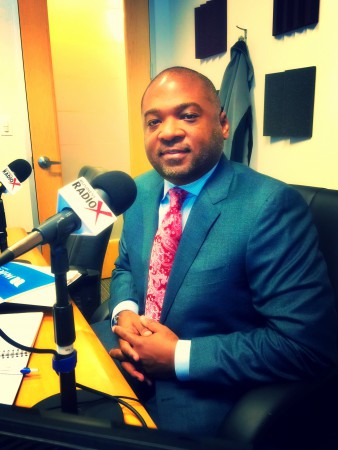 WellCare of Georgia and Diabetes

Dr. John Johnson is the Senior Medical Director at WellCare Health Plans, Inc. – which is one of the Medicaid CMOs in Georgia. His areas of responsibility include utilization review, care management, quality improvement and clinical outcomes.  Dr. Johnson graduated from the University of Medicine and Dentistry of New Jersey in Rutgers. He completed his residency at Emory University Hospital. Dr. Johnson is Board Certified in internal medicine.

He also has an MBA from Emory University’s Goizueta School of Business. Dr. Johnson owned and operated a practice in Douglasville that cares for patients with acute and chronic medical conditions for more than 13 years. Before joining WellCare in 2014, Dr. Johnson was the medical director for Blue Cross Blue Shield of Georgia. While there, he oversaw utilization review and case management for more than 600,000 State Health Benefit Plan patients.  Dr. Johnson is a member of MAG, the AMA, and the American College of Physicians.  He is a also colonel in the U.S. Army Reserves Medical Corps.

Diabetes is becoming more common in the United States. It afflicts more than 29 million Americans, including more than one million Georgians. One quarter of the people who are affected by it aren’t aware that they have the disease. An additional 86 million people have pre-diabetes, which means that their blood glucose (sugar) is higher than normal but not high enough to be classified as diabetic. Estimates project that as many as one in three American adults will have diabetes by 2050.

In addition to its detrimental health effects, the American Diabetes Association reports that the U.S. spends $174 billion a year to treat the disease.  The primary risk factors for diabetes include being overweight; sedentary; over the age of 45; and having a family history of diabetes. African Americans, Hispanics/Latinos, Native Americans, Asian Americans, and Pacific Islanders are at an increased risk for developing the disease.

Diabetes is the nation’s seventh-leading cause of death. It is also a leading cause of kidney failure, non-traumatic lower-limb amputations, new cases of blindness, heart disease, and stroke. A significant number of Georgians who are struggling with diabetes, particularly those in low-income and medically underserved populations, do not fully understand how to manage diabetes on a day-to-day basis.

WellCare is working to address the needs the diabetic population by collaborating with patients, providers, family members, and the community using a variety of mechanisms, including value-based care, telemedicine, field-based case management, the patient-centered medical home, and advocacy.