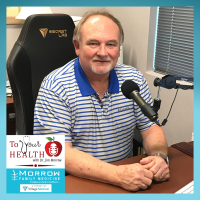 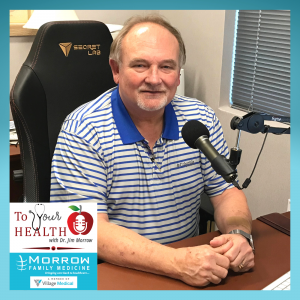 Caffeine (Episode 73, To Your Health with Dr. Jim Morrow)

On this episode of To Your Health, Dr. Morrow shared information about caffeine:  from coffee to green tea to energy drinks. He covered the health benefits of consuming caffeine, and that of coffee in particular, such as its impact on exercise and some forms of cancer. He discussed concerns of note when consuming caffeine, particularly for pregnant women, and much more. To Your Health is brought to you by Morrow Family Medicine, a Member of Village Medical, which brings the care back to healthcare.

About Morrow Family Medicine, A Member of Village Medical

Morrow Family Medicine, a Member of Village Medical, is an award-winning, state-of-the-art family practice with offices in Cumming and Milton, Georgia. The practice combines healthcare information technology with old-fashioned care to provide the type of care that many are in search of today. Two physicians, three physician assistants and two nurse practitioners are supported by a knowledgeable and friendly staff to make your visit to Morrow Family Medicine, A Member of Village Medical one that will remind you of the way healthcare should be.  At Morrow Family Medicine, a Member of Village Medical, we like to say we are “bringing the care back to healthcare!”  The practice has been named the “Best of Forsyth” in Family Medicine in all five years of the award, is a three-time consecutive winner of the “Best of North Atlanta” by readers of Appen Media, and the 2019 winner of “Best of Life” in North Fulton County.

Dr. Jim Morrow is the founder and CEO of Morrow Family Medicine. He has been a trailblazer and evangelist in healthcare information technology, was named Physician IT Leader of the Year by HIMSS, a HIMSS Davies Award Winner, the Cumming-Forsyth Chamber of Commerce Steve Bloom Award Winner as Entrepreneur of the Year and he received a Phoenix Award as Community Leader of the Year from the Metro Atlanta Chamber of Commerce.  He is married to Peggie Morrow and together they founded the Forsyth BYOT Benefit, a charity in Forsyth County to support students in need of technology and devices. They have two Goldendoodles, a gaggle of grandchildren and enjoy life on and around Lake Lanier.

The complete show archive of To Your Health with Dr. Jim Morrow addresses a wide range of health and wellness topics and can be found at www.toyourhealthradio.com.

What foods and drinks contain caffeine?

May improve mood and brain function

May boost metabolism and fat burning

May protect against heart disease and diabetes

Other health benefits of coffee

Safety and side effects