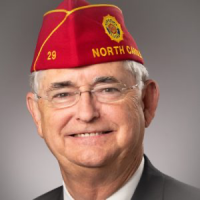 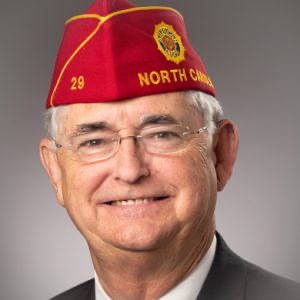 Vietnam War veteran James W. “Bill” Oxford was elected national commander of The American Legion on August 29, 2019 in Indianapolis, during the organization’s 101st national convention. He has been a member of the nation’s largest veterans’ organization since 1986.

A native of Lenoir, N.C., Oxford is a paid-up-for- life member and past commander of Post 29 in Lenoir. He served as department (state) commander of the North Carolina American Legion from 2010 to 2011.

A veteran of the U.S. Marine Corps, Oxford was an aviation electronic technician for the A-6 Intruder and served in Vietnam during his initial enlistment. After being discharged as a sergeant in 1970, Oxford joined the North Carolina National Guard.

He subsequently attended officer’s candidate school and transferred to the U.S. Army Reserve, where he ultimately retired as a colonel after more than 34 years of military service.

An active volunteer with several organizations, Oxford is a member of Masonic lodge-York and Scottish Rite.

His theme as national commander of The American Legion is “a foundation for the future,” as the organization advances through its second century of service.

The American Legion is the nation’s largest veterans’ service organization with nearly two million members and about 12,600 posts worldwide.

Legionnaires are involved in community-based support of veterans, servicemembers and their families. The American Legion is strongly committed to helping veterans and military families with its outreach programs and lobbying efforts, as a new generation of returning veterans reintegrate into the community.

For more information go to: www.legion.org