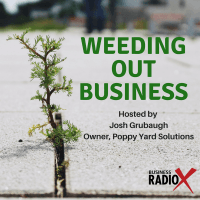 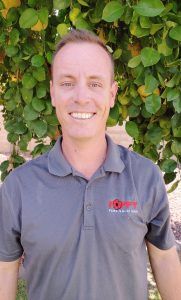 Josh Grubaugh is a Tucson native with 12 years of experience in the agriculture industry. His passion for the game of golf and the desire to spend as much time as possible on the course led to the start of his career.

In 2006, Josh began working at Oro Valley Country Club. There, he acquired the basics of landscape and turf management. He also earned his Arizona Pesticide Applicator license. He quickly realized that not only did he have a knack for keeping vegetation alive in Arizona heat, he was also really loving the work that went into it!

Just a year into this career path, Josh took full advantage of an opportunity to help build the Golf Club at Dove Mountain, former home of the PGA Tour’s WGC Accenture Match-Play Championship. This amazing 6-year experience gave him the drive to advance on to The Views Golf Club at Oro Valley, where he became the Assistant Golf Course Superintendent. This was a game changer for Josh as his growing passion for and knowledge of turfgrass management further solidified that this was his calling. 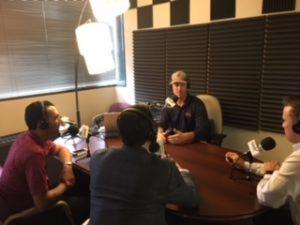 Shortly after joining the Forty Niner family, Josh and Brandy married and within a year were proud parents of their first child, Tripp Joshua Grubaugh. Things were getting real!

Josh had a very successful tenure at Forty Niner Country Club. His extensive knowledge and attention to detail allowed him to complete many in-depth landscape and irrigation projects, which improved the operation of the course.

Some have even said he brought it back from the dead! Josh will tell you, he is only as good as his team. His hard work, respect for others and willingness to think outside of the box were, and continue to be, essential to his success.

In early 2018, Josh knew there was something bigger for him and his growing family. With the support and encouragement of his wife, Brandy, he decided to take his knowledge, skills, and passion in another direction. This led to the launch of Poppy Yard Solutions. The company was named after his daughter, Poppy Louise.

Today’s guests on Weeding out Business: 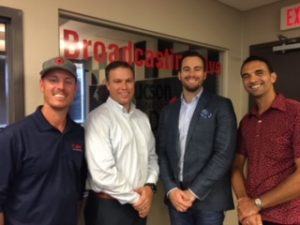 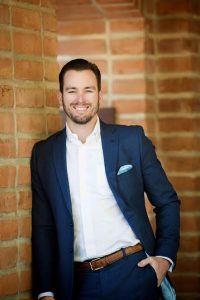 Guy was born and raised in beautiful Tucson, AZ, where he grew up playing baseball at Sabino High School and went on to play professionally for the Seattle Mariners organization from 2007-2009.  After finishing his degree at the University of Arizona, Guy’s experience in the financial industry began in 2012. He quickly became a leader in the New York Life Tucson General Office and served as a member of the 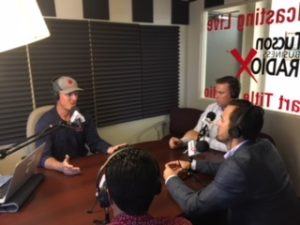 management team before taking his passion and commitment to help others accomplish their goals to the individuals and businesses of Tucson.  It is Guy’s vision to bring passionate and trustworthy information to every individual he serves! He is kept motivated by his wife, Shannon, and his 1-year-old son, Donovan.

“I stand for bringing passion, positivity, and value to every individual I come in contact with.  Whether personally, professionally or socially, I aim to be a positive influence in the lives of those around me.” 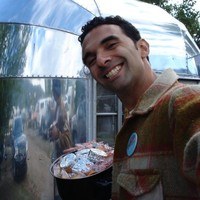 Alex was born in New York City and moved around the country as he grew up. He finally arrived in Tucson in 1994, never to move again. Alex attended the University of Arizona and graduated in 2000 with a Bachelor’s Degree in Communications, and a minor in Creative Writing. He attended Real Estate school immediately after graduation and began work at Centra Realty in January 2001. In 2007, he formed Habitation Realty, which was conceived as a boutique firm specializing in the historic and unique homes of Tucson.

Alex is an avid property investor and has owned nine properties in Tucson, two buildings in Brooklyn, New York, and one historic miner’s shack in Bisbee, Arizona. He is fascinated with the historical aspect of older homes and has restored several back to their period splendor. While he has experience with all areas of Tucson, Alex especially loves working with the funky old homes in the downtown and central areas of Tucson. He loves to share this intima 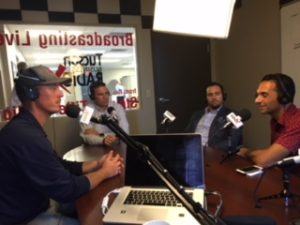 te knowledge of older homes with his clients, and will often brainstorm with them on potential projects. Disgusted by the shoddy “fix and flip” plague of the last few years, he makes a point to use unconventional techniques and materials to transform neglected properties.

Alex has worked with various investors to transform neighborhood blight into opportunity. He believes that the sustainability of the housing market is largely dependent upon investors who are willing to renovate underappreciated homes and return them to habitability. Alex has extensive contacts in the renovation business and is always happy to pass these resources on to his clients.

In addition to Real Estate, Alex has been collecting antiques since he was seven years old. He has amassed a significant collection of tube radios, vintage televisions, furniture, and various oddities from the past. He also restores and collects vintage cars, with an emphasis on Buicks and Cadillacs from the 50′s through the 70′s. When he is not selling real estate or working on his car collection, Alex enjoys bike riding, traveling, and camping with his son Dashiell in their restored 1957 El Rey trailer. 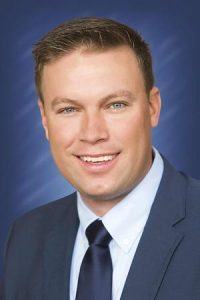 As your American Family Insurance agent, I can offer you dependable auto, home, business, health and life insurance, as well as other insurance products.