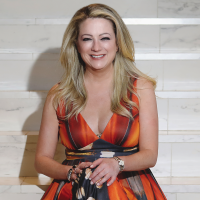 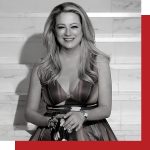 Originally from Palm Beach, Florida, Leigh Ann Miller is a veteran in the hospitality industry with 30 years in restaurants, hotels, arenas, and private clubs. She has a strong reputation of creating an environment of warmth for both her team and her guests. Because of this, many of those who have worked under her leadership has grown into management roles and have invested themselves in the companies she has been involved with.

Many who have left, often return to either regain employment or simply come to visit her. Longevity in the workplace is very important to Leigh Ann. Her focus is to provide constant growth opportunities and continuing education. She would never want to have someone leave because they were not constantly learning, improving, and growing. Her favorite phrase is “I can teach you how to do your job, but I can’t teach you how to care”. She is dedicated to defying this phrase and will spend her career proving it wrong.

Teaching is inspiring. Her management teams have all made this a part of their mission as well which has been successful in building strong teams that last. Leigh Ann knows the value of managing the newest generations of the workforce. She knows that if we are not willing to adapt to changes in the workplace, we will lose out on the newest and brightest candidates. There are ways of doing this while maintaining systems that have been proven to be successful for many years. She is very passionate about teaching ways of providing these environments and making people decisions the most important decisions made.

Leigh Ann has been classically trained as a vocalist and composer and has performed with many great talents and names in the music business. Knowing the importance of being on stage, combined with her unwavering dedication to hospitality at a very high level creates a “show” for her guests. They love seeing just how passionate her teams are, and how they are fully invested in the guest experience. Teaching this is something that is very exciting for her, and something she looks forward to sharing with you.

Connect with Leigh Ann on LinkedIn.