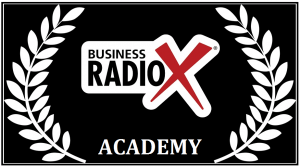 why_ask_for_guest_nominations_instead_of_direct_invitites.mp3 was automatically transcribed by Sonix with the latest audio-to-text algorithms. This transcript may contain errors. Sonix is the best way to convert your audio to text in 2019.

Stone Payton:
And we are back with BRX Pro Tips. Stone Payton and Lee Kantor here with you, Lee, when we go out into the marketplace, and we invite people to come on the show, the select portion of our serve process, why do you advocate asking someone to suggest, or recommend, nominate a guest as opposed to reaching out and inviting them directly in so many cases?

Lee Kantor:
What we’ve found over the years is that it’s about positioning. We’re always going to great lengths to change the positioning in the minds of the sponsor and the guest, in the minds of the studio partner and the sponsor. And what you always want to do is be the one that gets to choose, not hoping that somebody picks you. So, whenever we have an opportunity to create that dynamic, we tend to go for it.

Lee Kantor:
And a lot of times, their answer is, “What about me?” And then, “What about me?” is no longer them say, “Yes, I’ll be a guest.” They’re saying now, “Please pick me.” You’ve changed the dynamic. They’re no longer kind of getting to decide. You’re deciding if they’re worthy enough to be a guest. And that subtle change of the positioning allows you to, then, at some point, sell them something in a more efficient way because you’re, now, if not peer to peer, you’re a little bit higher than they are because you have something that they want.

Quickly and accurately convert audio to text with Sonix.

Thousands of researchers and podcasters use Sonix to automatically transcribe their audio files (*.mp3). Easily convert your mp3 file to text or docx to make your media content more accessible to listeners.

If you are looking for a great way to convert your mp3 to text, try Sonix today.