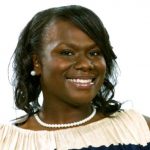 Jasmine Jones joins Abundance with deep and direct experience in disinvested communities struggling with the school-to-prison pipeline, particularly addressing the issue of school safety. She was also a founding member and the lead organizer at the Black Organizing Project based in Oakland, California.

Jasmine believes that through empathy, public policy, and deep financial investments sustained over time, we can create a world where everyone can thrive, especially Black and Brown people who have historically been disenfranchised.