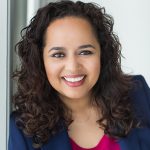 Sharon Newport, CAE, is an organizational consultant, facilitator, and executive coach with clients in the nonprofit and for-profit sectors across the globe. Sharon supports her clients’ goals of transformational change using expertise in organizational development, diversity, equity, and inclusion, neuroscience, and body intelligence to deliver leading-edge thought leadership for her clients, to meet them where they are, and support their goals to evolve. Sharon also serves as adjunct faculty at Georgetown University’s Institute of Transformational Leadership.

In Sharon’s early career, she was a documentary television/film producer and actor for over a decade, including television series for The History Channel, Discovery Channel, and Animal Planet. As a volunteer, Sharon serves on the Global Policy Think Tank for the Institute for Association Leadership, ForesightWorks Advisory Council for the American Society for Association Executives (ASAE), and as a Board member for Safe and Sound Schools.