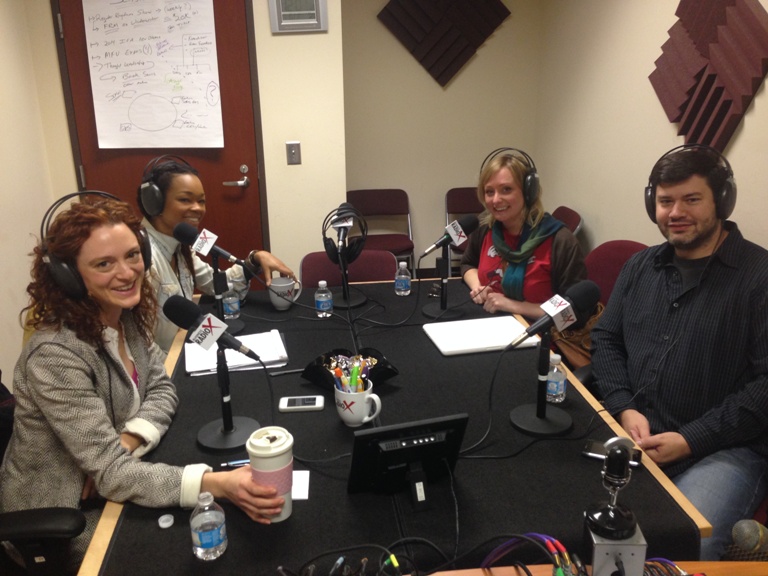 I am grateful everyday that I get to make wonderful films in the city where I grew up. Because of the Hunger Games and the Walking Dead, I got lucky enough to not HAVE to move to LA to start a career.

My soon-to-be husband and I own Sean’s Harvest Market in midtown Atlanta. If I wasn’t going to be an actor, I wanted to be a chef. I love that I get to exercise that side of me… Make biscuits and gravy for the cafe every morning and also get to do great roles like Abby Miller. I have three wonderful jobs.

The tax incentives to bring more film industry here, have created jobs and a new way for people to view what was once considered “where the Dukes of Hazard are from”.

I am in Devil’s Knot slated to release in the States some time this year. The film is about the West Memphis Three who were accused of murdering young boys in West Memphis Arkansas, and found guilty for a crime they did not commit. I play a small role opposite Colin Firth and act as a sort-of spokes person for the town, expressing displeasure over his character aiding the three young men on trial.

Scary movies scare me. I’m terrified of scary movies. That said, Chris gave me a fantastic opportunity to play a role to show my range. Abby Matthews has cancer and it was a challenge to play frail/weak, when Abby is so strong and tough in her soul. Plus I got to work with Rob Pralgo and Michael Harper. And I got to drive home to my own house and sleep in my own bed and snuggle with my kids when I got home from filming. I can’t tell you how appreciative I am that Chris asked me to play Abby Matthews.

I get to live in a town with a booming film industry for my work, near the market we own and operate daily, and in the district our kids go to school. I get to make biscuits and then go to work with Nicholas Brendon, or Jennifer Lawrence, or Colin Firth and then sleep next to my groom every night.

Imma lucky lady in the ATL.