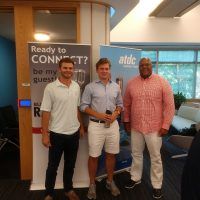 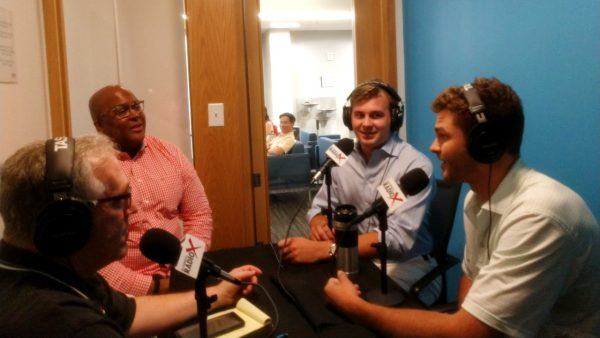 Nakia Melecio, Founder of iDesign Innovation Project, is a serial entrepreneur and an executive with over 20 years of experience in founding, operating, and growing successful companies. He has successfully started and grown businesses both nationally, as well as internationally; in countries like Australia, the United Kingdom, Canada, and Africa.

Nakia’s current passion is inspiring and helping entrepreneurs and startups out of universities. His objective is to identify great entrepreneurs with love for taking a risk, aligning strategy, and executing on their ideas.

Nakia is an active member and mentor of the technology community and a frequent contributor to numerous business organizations like SCORE Association, a resource partner to the U.S. Small Business Administration (SBA). He currently mentors for the Advanced Technology Development Center (ATDC) at the Georgia Institute of Technology and the National Science Foundation Innovation Corps (NSF I-Corps) and the Association of University Technology Managers (AUTM). He has been intimately involved with many new emerging growth technologies, companies with the government, and corporate innovation.

He shares in the thought leadership community through speaking at conferences, publishing works and engaging the community as a business advisor, business mentor, deep tech/deep science mentor, and startup coach.

Conrad Cornell and Drew Williams realized there wasn’t a single athlete from any level around the world that had a publicly accessible profile with highlights from their entire career dating back to the multi-sport middle school and high school days. They are currently solving this problem for many of the top young athletes in the United States with Press Sports.

Drew Williams is 24 years old and was born and raised in Atlanta, GA. Growing up, he attended The Lovett School. Drew was a big fan of sports, playing multiple sports growing up like baseball, football and basketball. Drew attended and studied Marketing and Corporate Relations at the University of Mississippi and was a member of the Phi Delta Theta fraternity.

Conrad and Drew have known each other since the age of 4 and always ran small businesses growing up. When they were in elementary school, they would make bats out of bamboo and duct tape wallets for people in the neighborhood.

In high school, Drew and Conrad attended rival schools and actually decided to start a car wash business at the age of 16 called “DC Carwash”. They knew at a young age they would want to start something together. Once in college, Conrad and Drew discussed multiple ideas, but decided on a business that would allow athletes to upload and share their sports highlights to a fan base that actually wanted to see them, while also having an easily accessible, mobile profile to hold these highlights.

Drew and Conrad decided to pursue this dream, and began looking for an accelerator program. They looked at ATV, WeWorks, and ATDC. At the end of the day, they chose ATDC, not only because of the great reviews and success ATDC brings to start ups, but also because they were big Georgia Tech fans growing up. They used to attend football games together, watching Calvin Johnson and Reggie Ball play.

Drew and Conrad look forward to the success of Press Sports and are working everyday to bring their vision to a reality.