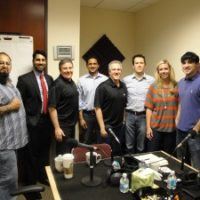 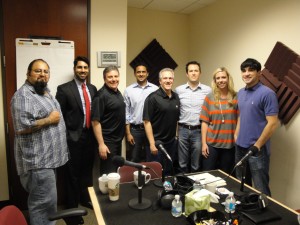 The Atlanta Tech Village, established in 2012, is a community of innovation powered by a 103,000 square foot building located in Buckhead. The ATV is designed to service technology and technology-related companies that have a unique set of needs in their quest to change the world. Physical space should provide much more than just a desk and a place to hang your hat — it should bring the community together, promote serendipitous interactions, and be a powerful tool for recruiting the best talent.

Their mission is to support and inspire entrepreneurs to achieve success through a community that promotes faster connections between talent, ideas and capital. Together, they will fuel Atlanta’s rise to a top five tech startup center in the U.S.

Visual Art Werks creates mobile games featuring original characters and stories designed and drawn by artists with the help of developers to bring to every platform.

VAW first game is called Art Life and features a cast of 7 characters designed by DTM- dacreativegenius. Players pick a character to begin the game and can switch up at any time. Art Life storyline takes a look into the starving artist life by having the character first live on the street and build up their standard a living by progressing thru the game and leveling up.

Gameplay is simple and entertaining, the chosen character has to battle thru the levels against debris thrown at them all the while trying to draw on art materials that fly by. Game graphics are 2D and are intricate enough to give the characters fluid movement.

Adam Wexler is the Founder and Chief Strategy Officer at Insightpool, social marketing automation software. Insightpool was spawned from the creative social media marketing tactics Wexler employed on his prior startup, GoRankem, where they sought to reach a wide audience on a non-existent marketing budget (outside of being the first successful startup to successfully raise money via Kickstarter’s crowdfunding platform).

Over the years, Wexler has been invited to speak in front of thousands of students and event attendees about social media and entrepreneurship. At different times, Adam has also been the voice behind numerous brands on social media including Sprite, NCAA March Madness and the band Cracker.

Wexler graduated from The University of Georgia with a focus in Leadership studies.

Imaad Rashied is a graduate of UGA (Philosophy, Economics). Imaad was born in North Carolina and raised in Georgia. He is currently working for third startup. Imaad previously worked for import/export companies and a large consulting firm.

Alok Deshpande is the President and CEO of Umenta, an application that makes it easy to share life stories. Prior to starting Umenta, Alok served in various leadership roles with Bain & Company, SmartPath Financial, Actis Capital and Kurt Salmon Associates. Alok holds a BBA with highest distinction from Emory University and an MBA from Harvard Business School.

Kurt Uhlir is Founder and CEO at Sideqik. Kurt has led teams in social, location and mobile across six continents. He drove corporate development and strategic partnerships at Vitrue, the social relationship management, through the sale of the company to Oracle. Prior to Vitrue, Kurt was on the front lines at NAVTEQ — with an IPO and a subsequent $8.1 Billion sale to Nokia. In addition, he founded Southern Technology Leaders (So.Tech), several private ecomm companies and several for-profit and caused-based organizations. Kurt is also the lead inventor on more than 10 patents fundamental to all check-in services and mobile advertising, in addition to video game design and others.