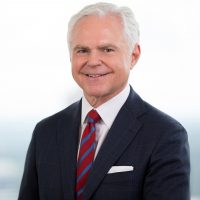 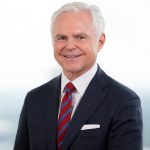 Robert Balentine is Chairman of Balentine, the Atlanta-based wealth management firm, where he oversees more than $4 billion in client assets.

Ranked among Barron’s Top 25 Independent Advisors nationally and number one in Georgia, he has spent the last 40 years advising business owners on matters relating to their wealth and legacy.

Currently, he serves as Vice-Chairman of The Garden Conservancy, a New York-based non-profit organization focused on preserving, sharing, and celebrating America’s gardens and diverse gardening traditions. Robert served for nearly a decade on the board of trustees for his alma mater, Washington & Lee University.

He has been a member of the Rotary Club of Atlanta for the past 25 years and served as president during the club’s centennial year where he received the Sheffield Leadership award for his service.

In 2013, Robert was named the inaugural recipient of the Metro Atlanta Chamber’s Business Person of the Year Lifetime Achievement award, and in 2018, he was named to the Atlanta Business Chronicle’s list of Most Admired CEOs.

His book, First Generation Wealth: Enduring Strategies for a Meaningful and Lasting Legacy, will be released later this year.

Connect with Robert on LinkedIn.