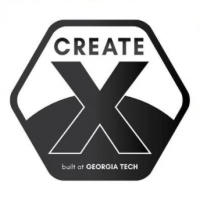 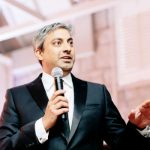 Rahul has a blend of deep technical and business experience that serve him well in his role as a Venture Capitalist. During undergrad at Georgia Tech, he conducted research by the age of 19 on mechanical heart valves that was later published and praised by the FDA. After Georgia Tech, he received a NATO Fellowship to pursue a European Master’s degree in Fluid Mechanics. After graduating, Rahul moved from Europe to Silicon Valley to be a mechatronic engineer for a VC-backed startup genetics instrumentation company called GeneMachines. The company was acquired in 2002 during the downturn.

In 2003, he began his MBA at Emory University’s Goizueta School of Business where he developed strong ties to the VC and entrepreneur community in Atlanta.

Rahul joined a pioneering hybrid angel/VC firm, Seraph Group, in 2005. At Seraph, he was the second full-time employee where he supported and was mentored by part-time investment partners that included the co-founder of Merrill Lynch’s VC firm, co-founder of Accenture’s Technology Fund who also started its BPO division, a member of the NASDAQ delisting committee, former CEO of Visa, co-founder of Apple Quicktime and WebTV, among others.

During his time with Seraph, the Board of a Seraph portfolio company asked Rahul to serve as interim CEO to help scale the SaaS business while working with Seraph part-time and then became full-time. The business was sold to Tyler Technologies, Inc (NYSE:TYL) where he currently serves as a consultant after transitioning it to them.

The experience of going from a VC to an operating role provides a unique background of seeing hundreds of companies and developing a pattern recognition to know what works in all the different scenarios entrepreneurs face. Rahul is currently leveraging his rich experience in mentoring young companies and entrepreneurs to help them understand the “ladder they’re climbing is on the right wall.”

Connect with Rahul on LinkedIn.