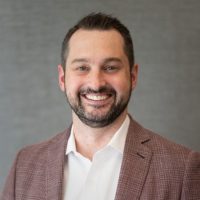 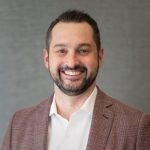 Tim Stutz is the Chief Operating Officer at Insight Global, an industry leading staffing and talent solutions company that prides itself in developing a purpose-driven culture where its people come first. Tim is responsible for managing operations and systems for 63 field offices across the US and Canada that support 4,000 corporate employees and more than 30,000 consultants.

Tim started his journey as a recruiter for the company and has taken his field experience and diverse interactions to advance his 18-year career with the organization. He has been an integral contributor to the company’s impressive 30% year over year growth, holding several leadership positions that have supported opening major market locations to standing up the Direct Placement division to building out the recruiting leadership team.

Tim has a passion for leadership development and has worked with hundreds of employees – from entry-level to C-level – on their professional growth through the company’s unique approach, which is to help people become the best versions of themselves. Tim facilitates courses for the company’s career enrichment program, Insight Global University, and its Leadership Academy.

An advocate of community engagement, Tim also serves as the company’s executive sponsor of corporate philanthropy. In his determination to live the company’s shared value of caring for others, one of Tim’s proudest moments has been the integration of Insight Global’s and OneWorld Health’s partnership, where they broke ground on the first-ever Insight Global OneWorld Health Grit Medical Clinic in Kyenjojo, Uganda and raised more than $800,000 to-date. The clinic is scheduled to open in 2021.

Tim resides in Atlanta, GA with his wife and three children. He is a graduate of Florida State University and an active alumnus.

Connect with Tim on LinkedIn.