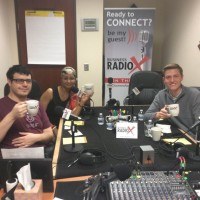 CEO and Princes from the Benin Kingdom

Modupe Ozolua is a social Entrepreneur and Philanthropist. She is the Chief Executive Officer of Body Enhancement limited in Nigeria. Body Enhancement Ltd pioneered cosmetic surgery in Nigeria in 2001 and aesthetic lasers in 2007. She is also the founder and president of Body Enhancement Annual Reconstructive Surgery (BEARS) Foundation. From cosmetic surgery procedures, Modupe Ozolua now gives hope to the less privileged. Modupe Ozien Ozolua is a Princess from the Benin Kingdom. She was born in Benin City, Nigeria October 10, 1973, the youngest of four siblings born to Mr and Mrs M.S Ozolua. Her parents hail from Sabongida Ora area of Edo State. Her name, Modupe, means “I praise or thank God” in Yoruba.[3][4] Ozolua had her early education in Nigeria, where she attended University of Benin primary and secondary school, and Queen Idia Girls College in Benin City. Her secondary education was completed at Apata Memorial High School, Isolo, Lagos. To further her education, Ozolua left for the United States of America in 1989. She studied in Southwestern College, San Diego (California), and Devry International University, Los Angeles, California (1989–1995). She was recognised in the 1994-1995 edition of the NATIONAL DEANS’S LIST. Modupe Ozolua has a dual citizenship of Nigeria and America. Ozolua is a businesswoman and philanthropist; she started earning money “at the age 18, by working in McDonalds’ in America while in college, 1991” (Olatunji, 2006).[5] The first business Ozolua had was a communication business in Los Angeles prior to pioneering cosmetic surgery to West Africa at the age of 27. Miss Ozolua describes herself in her interview with Adeseun (2004) [6] as a “workaholic” –to which one might add; intelligent and an ambitious woman. Ozolua has been recognised by the public through her following awards: • Nigeria Women Awards. • Dame International for Pioneering Action Award 2003. • City People for Female Achiever in the Beauty sector 2001. • Moremi Hall Executive Council • Oba Femi Awolowo University for Award of Excellence 2002. • City People for Beautician of the Year 2001. Likewise, Ozolua has been featured on CNN, BBC and many other international media publications. In Africa, in numerous magazines and press publications. The aim of Ozolua’s charity organization, BEARS Foundation, is to treat individuals [children, adults, and people who have serious injuries like acid burn and severe accidents] with deformities and create HIV/AIDS awareness. Archbishop Desmond Tutu is the Patron of BEARS Foundation.

Tony Sakich is the Director of Marketing for Augur. Tony’s been responsible for many successful campaigns in the tech space, including: – Creating, managing and executing the successful crowdfunding for Augur, raising $5.3 Million Dollars and becoming one of the 25 most successful crowdfunding campaigns in history. – The #BitcoinBowl social media campaign on ESPN in which $10,000 was given away for free on Twitter utilizing “guest tippers” including Country artist Shooter Jennings, Warner Bros. Records, NewEgg.com, UFC Fighter Jon Fitch, WWE performer Curtis Axel and many others. – Named a finalist in 2016’s MAX Awards for marketing the Augur crowdfunding campaign, putting our 6 person startup side by side with Coca Cola, The Atlanta Hawks, Cricket Wireless and other Fortune 500 companies. – Managed the production, script and project details of BitPay’s two commercials that aired nationwide on ESPN, the first ever for a blockchain company. – Utilized my music history connections from the past to partner with 50 Cent, Warner Bros. Records and Atlanta artists Mastodon for national coverage of BitPay. – Managed the digital campaign around Microsoft’s acceptance of Bitcoin, the largest organization to get involved with blockchain technology to date, resulting in global coverage for both Microsoft and BitPay. – Named an industry leader in Blockchain Technology by Bitcoin Magazine, the largest and most respected publication in the space. This honor was shared with huge names like Tyler Winklevoss, Adam White of Coinbase, Stephen Pair of BitPay (infographic featuring the full list is found at https://bitcoinmagazine.com/articles/bitcoin-is-growing-up-an-infographic-of-the-bitcoin-ecosystem-1447865097)

Sean is the Founder and CEO of Stord. He has an extensive background in entrepreneurship, and a passion to innovate static industries. At age 11, Sean launched his first successful tech business, an iPhone repair company, in a personal effort to afford his first phone. Sean received the Deans Scholarship to the Scheller college of business at Georgia tech, to pursue operations and supply chain management. Prior to Stord, Sean spent a summer as a lean management consultant in 5 different countries.