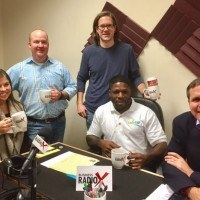 Rob Brawner with Atlanta BeltLine Partnership, Will Egwu and Jeremy Fox with LawnTap, Skye Estroff with Taste of Atlanta, and Jason Sheetz with Under the Cork TreeDanny
Download Audio 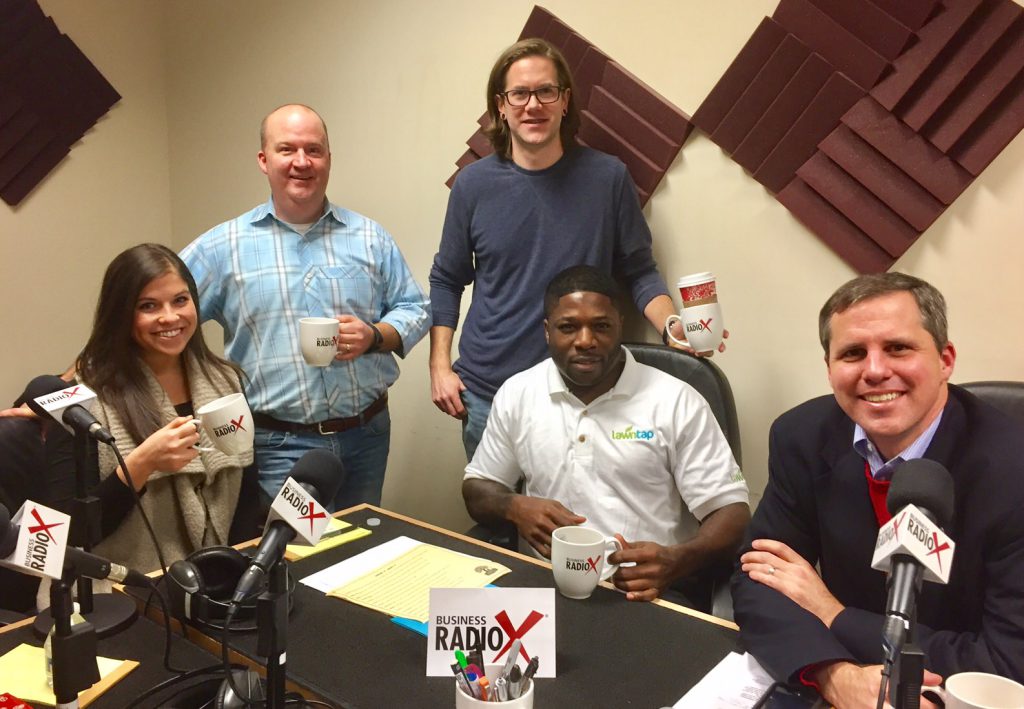 Rob Brawner is the Executive Director for the Atlanta BeltLine Partnership. Leveraging the Partnership’s staff and consultants, and working closely with the Board of Directors and other stakeholders, Rob leads the Partnership in its broad-based, collaborative focus on ensuring the promise of stronger communities and equitable, sustainable benefit to the 45 Atlanta BeltLine neighborhoods and beyond. His responsibilities include the development and implementation of the Partnership’s strategic plan, as well as capital and operational fundraising – and stewardship of the private and philanthropic funds that support of the construction of the project. He has lived in a BeltLine neighborhood for more than 15 years and has served the Partnership in a leadership capacity since its inception in 2006, rising to Executive Director in July 2016.

Will Egwu / LawnTap
Founder and CEO

Wilkinson Egwu is the Founder and CEO of LawnTap, where he is responsible for the growth and management of the company. Previously, he was an advisor to OpenAirplane.com, a startup that allows you to find, book, fly, and pay for aircraft rental online or with a mobile device. Prior to that Wilkinson was the COO of ShowClix, an online events ticketing company which grosses well over $50 million in sales to date. A visionary and entrepreneur at heart.

Jeremy loves mobile development and his guitar. The only cool nerd with tattoos all over. Enjoys staying up to date on cutting edge technology and has nightmares of Will calling him at 3am.

Skye was born with a propensity for the culinary arts, food and every relatable topic. Her close-knit family always has food as the focus of gatherings. Every tradition they keep circulates around recipes that have been passed down for generations or new experimental dishes.

Skye is a fourth generation University of Georgia graduate who majored in Dietetics and minored in Human Development and Family Science. She considers herself a culinary expert after taking a variety of incredible classes ranging from culinary labs, Food Science and Nutrition Education to Organic Chemistry and Microbiology to Intimate Relationships and Issues in The Family.

Skye wants to share her extensive food knowledge through TV. Her first appearance on WTOC-Savannah in 2010 she was quoted, “I just really like eating”. From there, she aspired to make TV an integral part of her career in food. She sharpened her skills in college by performing food demonstrations at the local senior center. Then, she transitioned to a role with Atlanta’s local food TV show, Atlanta Eats. Skye worked for 2 ½ years with the company as the Marketing Manager. She planned all digital content, social media (Facebook, Instagram, Twitter, Snapchat), wrote articles and managed contributors. Skye also restaurant- scouted for the show and worked in sales. After a few months with Atlanta Eats, Skye began co-hosting weekly restaurant segments on Atlanta Plugged In (CBS). She has been featured as a “food expert” to recommend restaurants for Public Affairs (Peachtree TV) and hosted regional TV show, Dish Worth The Drive, when they explored the Athens, GA food scene (aired in 48 southeastern markets). Now Skye is Marketing and Media Manager for Taste of Atlanta, Atlanta’s largest food festival.

Whether promoting restaurants, healthy eating, travel or her southern roots, Skye strives to show people the delicacies of life and brings positivity and entertainment on screen.

Jason Sheetz is an Atlanta native, growing up right here in Sandy Springs.  His love for the area and its neighborhood charm is what drew him back here to open Hammocks Trading Company and Under The Cork Tree.

After graduating from the University of Georgia, Jason began his management career with Chequers       Seafood Grill at age 23.  Shortly after, he accepted a position managing for the Liberty House Restaurant Group.  Working at Atlanta’s highly acclaimed fine dining establishments, Blue Ridge Grill and Bones,  Jason gained invaluable knowledge and experience.  At 26, Jason took an opportunity to work for Master Chef Tom Catherall, (owner of Here to Serve Restaurants) at Goldfish Restaurant. Catherall moved  Jason into the General Manager position quickly.  In 2008 Jason became the General Manager at Twist,  and then the Area Director for Here to Serve Restaurants in 2010.

While working for Here to Serve, Jason met and immediately befriended Chef William Sigley. They  shared  a vision: To open a local establishments where guests could sit back and relax while enjoying  exceptional  service and dine on dishes prepared flawlessly with the freshest ingredients. From this idea,  Hammocks Trading  Company and Under The Cork Tree were born.

Jason and his wife, Lake, reside in Kennesaw with their two children, Colton and Piper.  They all share a love for travel and adventure.  Spelunking, hiking and camping are family favorite activities.