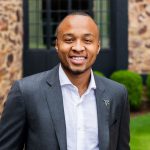 At Cornell, Rush was a two time Captain of their football team, and an inductee to the 4.0 Breakfast Club. In 2014, He also earned the National Football Foundation Scholar Athlete Award in addition to the Jack Murphy “Big Play” Man of the Year Award. Outside of athletics he was a prominent member of Cornell’s Multi-Cultural Concert Funding Advisory Board, while also finding time to host a show on Cornell Radio.

Prior to joining Northwestern, Rush was initially an intern with the company, and after a brief stint of playing Arena Football, also spent time with Community Capital Funding Group, helping small business owners secure debt and equity financing.

Currently Rush has been a Million Dollar Round Table qualifier, and was recently highlighted at Atlanta’s A3C Festival and Conference as a speaker for their panel on “Start Ups and Wealth Management.”