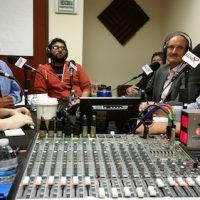 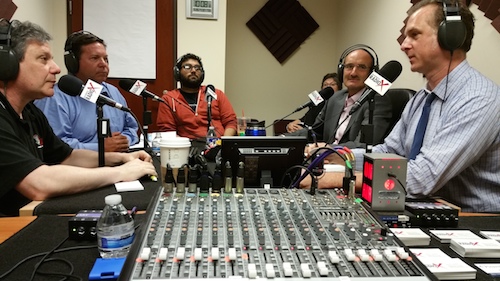 Howard Connell is a professor at Georgia Tech where he’s also the Managing Director of the Ray C. Anderson Center for Sustainable Business (part of the Scheller College of Business). The Center, which was launched in 2013, strives to “use the power of business, technology, and innovation to build a sustainable future.” He also develops and teaches courses at the intersection of business and sustainability at the undergraduate, MBA, and executive levels.

A native of Atlanta and committed to making a difference locally, Howard is founding board chair of Atlanta’s Center for Civic Innovation and also serves on the advisory board of the Lifecycle Building Center. He earned his bachelors degree from Belmont University and an MBA from UC Berkeley.

John is Vice President and Chief Sustainability Officer for Novelis Inc – the world’s leading aluminium rolled products and aluminum recycling company. He is responsible for driving sustainability across Novelis’ operations. Novelis supplies premium aluminum sheet products throughout North America, South America, Europe and Asia and has operations in 10 countries and has 11,000 employees.

Robert is Senior Director of Energy Procurement & Waste Diversion at Cox Enterprises. In this role, Robert develops and implements strategies to manage Cox’s overall energy portfolio, which includes identifying opportunities for operational and financial efficiency. He also oversees one of the company’s major sustainability goals of sending zero waste to landfill by 2024.

It is a part of Cox Conserves, the company’s national sustainability program. The program engages each of the company’s major subsidiaries (Cox Communications, Cox Automotive and Cox Media Group) and encourages Cox Enterprises’ 50,000 employees and their families to engage in eco-friendly practices in their lives and to make a difference through community service.

Former Georgia Rep. Stephanie Stuckey Benfield has been appointed director of Atlanta’s Office of Sustainability. Benfield served in the General Assembly for 14 years, representing Decatur in the House of Representatives, before leaving state government in 2012 to become executive director of Atlanta-based GreenLaw.

She also serves on the boards of the Green Chamber of the South, the Olmsted Linear Parks Alliance and Earthshare of Georgia.

The Mayor’s Office of Sustainability was established in 2010, Reed’s first year in office. Through its leadership, Atlanta climbed to third in the nation last year on the Environmental Protection Agency’s list of the top 25 U.S. metro areas for Energy Star-certified buildings.

Rohit Malhotra is the Founder and Executive Director of the Center for Civic Innovation in Atlanta, his hometown city. His background is in social entrepreneurship, digital communications, open data and community organizing. Most recently, he served as an Ash Innovation Fellow in the White House Office of Management and Budget, focused on the administration’s efforts around social impact bonds and pay for performance. In 2015, he was appointed to the Board of Directors of the Metro Atlanta Chamber of Commerce, where he is the youngest serving member in recent history. Rohit earned his B.A. from Emory University and Master in Public Policy from Harvard University’s John F. Kennedy School of Government. Rohit is a self-appointed expert on pizza and hip hop.