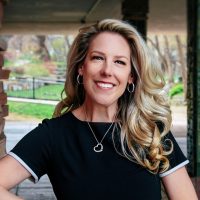 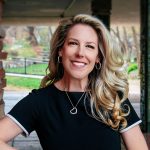 Jaime Zawmon is a visionary executive that believes in the power of a strong community. Having spent over a decade in the publishing world as a former magazine Publisher and Division President, she has profiled thousands of CEOs throughout the Mid-Atlantic.

Interviewing the region’s most enterprising CEOs in print, on-camera and hosting many large-scale corporate events and private roundtables, Jaime has a proven track record of building communities of CEOs on the East Coast.

She has always surrounded herself with CEOs, entrepreneurs and Titans. Her vision is to build that same strong community across the country. The Titan 100 program will help connect Titan CEOs and C-level executives throughout the year at a multitude of events and private roundtable discussions.

These Titans will have the opportunity to build their professional networks, connect and learn from other visionary executives. They will be recognized as Titans and serve as an inspiration to the region’s entrepreneurs and business community.

Jaime is also the Founder & President of Titan CEO, a CEO peer group community in Colorado. She works with CEOs in group settings to help them build business valuation, work through business challenges, and grow as Titans of industry.