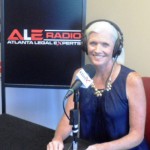 Lisa Kaplan received her JD from Duke University in 1987.  From there she practiced employment law and litigation for two large Atlanta firms before moving to education.  Prior to joining Atlanta’s John Marshall Law School, Lisa wrote and edited legal materials.  In 2010 she joined John Marshall as the schools first LL.M Program Director.  As Director Lisa has overseen the LLM program through ABA approval and launch.  The thee programs they offer are Online Employment Law, Residential LLM in American Legal Studies, and Online LLM in American Legal Studies. 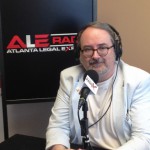 Professor Van Detta joined the Law School faculty in 1999, after practicing in the Labor and Employment Law Group in the Atlanta Office of Kilpatrick Stockton, now known as Kilpatrick Townsend & Stockton, where he was a partner and represented Fortune 500 clients such as PepsiCo, Frito-Lay, Delta Air Lines, Lockheed Martin, and Asahi National Broadcasting Network of Japan.

Professor Van Detta teaches courses in contracts and other international and domestic business law areas, including labor and employment law.   He teaches in both the Juris Doctor and the LL.M. degree programs at Atlanta’s John Marshall Law School.

Professor Van Detta is a prolific author of legal scholarship. Recently, for example, he published two articles on the role of LL.M. degrees, both ground-based and online, for foreign-educated lawyers seeking to learn about American law.

In May 2014, Professor Van Detta gave four presentations to groups of Turkish lawyers, law students, and law professors at an International Legal Education conference in Istanbul and Ankara, Turkey, co-sponsored by Atlanta’s John Marshall Law School with Bahçeşehir Üniversitesi and the Union of Turkish Bar Associations.

Professor Van Detta graduated with honors on a full-tuition merit scholarship from Albany Law School, the nation’s fourth oldest private law school, where he was Editor-In-Chief of Volume 51 of the Albany Law Review. After law school, he clerked for U.S. federal appeals court judge Roger Jeffrey Miner in Albany and Manhattan.

He is a member of both the New York and Georgia Bars, and serves as the Law School’s representative to the State Bar of Georgia’s Formal Advisory Opinion Board. 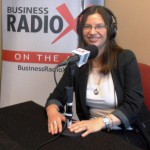 Ms. Sokol is a Polish Citizen and Legal Permanent Resident (Green Card holder) in the U.S. Ms. Sokol has a law degree from the University of Lodz, Poland and a Master of Law, LLM from Atlanta’s John Marshall Law School. She is anticipating taking the Georgia State Bar in January 2015.

Ms. Sokol has assisted the Polish Embassy to the U.S. in registering Polish citizens in the U.S so that they could vote in the Polish national elections. She has been employed as a Law Clerk in the Joseph Rosen Immigration Law Group since 2006. Ms. Sokol specializes in working with foreign athletes, entertainers, artists, foreign professionals, and U.S. businesses seeking to employee foreign professionals. Ms. Sokol is fluent in Polish, English, and Italian. 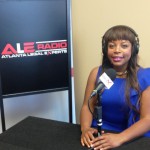 Award-winning, enthusiastic and resolute on rejecting defeat, Attorney Tiffany M. Simmons is the legal counsel of choice for those who seek the absolute very best representation. Attorney Simmons represents clients ranging from celebrities, businesses, to everyday citizens. Ms. Simmons was honored to receive the 2013 and 2014 Client Distinction Award for being in the top 1% of her profession by Martindale-Hubble. Ms. Simmons has been featured on many media outlets including, CNN’s HLN After Dark, talk and radio shows In addition to her media presence, Attorney Simmons is a published author writing for the American Bar Association and other publications. Ms. Simmons was also featured in the American Bar Association magazine and the GA Bar Young Lawyers Newsletter.

A native of Grand Rapids, Michigan, Attorney Simmons graduated from the US World Reports “Top High School in the Nation” City High School. At the age of 16, she was a Page for the United States House of Representatives. After leaving Michigan, Attorney Simmons graduated with a bachelor’s degree in Business Administration from the award winning, Florida A & M University. She earned her Juris Doctor degree from Atlanta’s John Marshall Law School.

Ms. Simmons sits on the board of many organizations including the Atlanta’s John Marshall Law School Alumni Board serving as Secretary. Tiffany serves as a member of the Executive Council of the Young Lawyers Division of the State Bar of GA. As a distinguished leader in the community, Ms. Simmons has participated in numerous community activities that showcase her abilities as a model, volunteer, fundraising/campaign leader, sports enthusiast and exemplary attorney.   In 2014, Tiffany was selected for the Georgia Bar YLD Leadership Academy. In addition to her legal skills, she is an actress, writer and producer who tactfully shares her expertise in the film and television industry. Ms. Simmons proves herself to be one who works well behind the scenes of TV/film as well as in front of the camera. Ms. Simmons is a member of: Georgia State Bar, American Bar Association, Georgia Association of Black Women Attorneys, Georgia Association of Women Lawyers, Young Lawyers Division of State Bar, and Gate City Bar Association. Attorney Simmons’ philosophy of life encourages her to work hard, play hard, love hard and trust God.