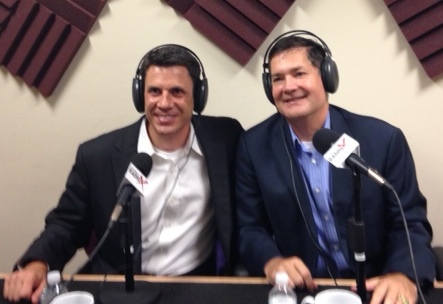 Curt Carver / Board of Regents of the University System of Georgia

Curtis A. Carver Jr., Ph.D., is the vice chancellor and chief information officer for the Board of Regents of the University System of Georgia (USG). In this capacity, he oversees a statewide educational infrastructure and service organization with more than 250 innovators and an annual investment in higher education of more than $70 million. He also provides technical oversight for the USG Shared Services Center.

With a mix of military and academic experience, Carver has led the transformation of USG Information Technology Services by partnering with USG business owners, institutions, and other state agencies. The introduction of private cloud services, entrepreneurial offerings, new learning management system, new data systems, social media, unified communications, strategic partner engagement, and a focused and aligned financial model has been well received in Georgia and around the nation.

Prior to the USG, Dr. Carver served at the U.S. Military Academy – West Point in a number of positions including interim vice dean of education, vice dean for resources, associate dean for academic computing, and IT program director. Carver led efforts that were successful in more than doubling student participation in international experiences and substantially expanded programs addressing the needs of at-risk students. In addition, he coordinated significant revisions to the curriculum, facilitated the completion of the construction of a $72 million library and learning center, secured funding for a $182 million renovation of the science building, and supported efforts to accredit the institution regionally.

Carver’s 27-year military career includes appointments as platoon leader, senior signal officer, company commander, battalion operations officer, division deputy G6, and military mentor. He lived in Korea and Italy, and was deployed to Afghanistan and Iraq, where he served as a strategic mentor to build their respective national military academies.

Throughout his career, Carver has been engaged in the active leadership of military, academic, research, and service organizations. He has served as a member of a number of governing bodies or executive boards including the Computer Science Accreditation Board, Computer Accreditation Commission, multiple CIO Executive Summits, and the Federal Information Assurance Conference. He is a senior-level member in the Association for Computing Machinery and the Institute of Electrical and Electronics Engineers professional societies and continues to play an active role in shaping the national agenda in technology, education, and the interaction between the two.

Carver has authored many journal articles and conference papers, as well as hundreds of plenary presentations, and is a frequent keynote presenter. He has received numerous national and international honors and awards for military, teaching, and research excellence throughout his career.