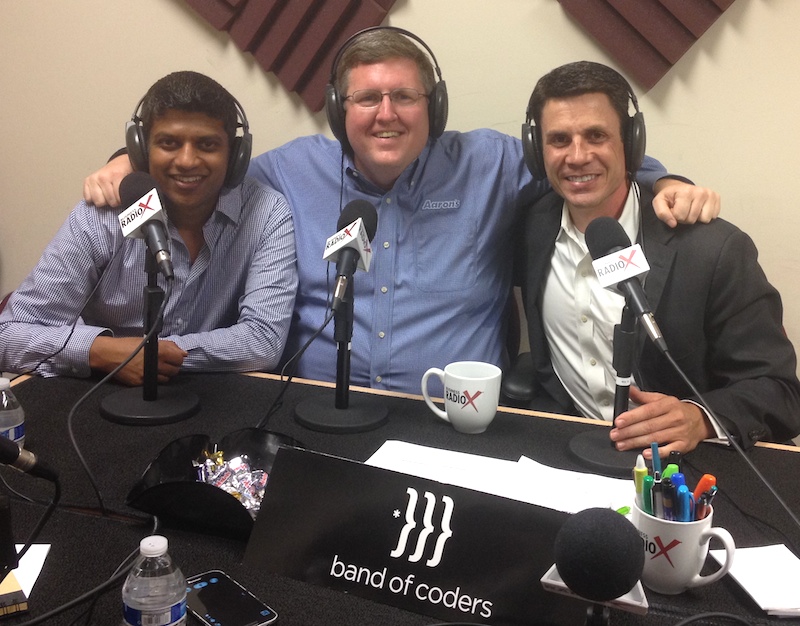 John Trainor is Vice President and Chief Information Officer of Aaron’s, Inc., an Atlanta-based specialty retailer that leases furniture, electronics, and appliances. Since 1999, he has helped Aaron’s grow from 450 to over 2100 stores with almost $3B in revenue. Prior to joining Aaron’s, he worked in technology roles at the Southern Company and the United States Senate. He has a Bachelor of Electrical Engineering degree from the Georgia Institute of Technology.

John serves as the founding Chairman of the Mobility Society Board and on the Board of Directors for the Technology Associate of Georgia and is the Membership Chairman for the Georgia CIO Leadership Association. He volunteers and raises money for the Leukemia & Lymphoma Society of Georgia.

John lives in Roswell, GA with his wife, Heather, and 3 sons, Jack, William, and Phillip. When not working, he shuttles his sons back and forth from football and wrestling practice and tries to squeeze in some swimming, biking, and running (and, sometimes all at the same time).