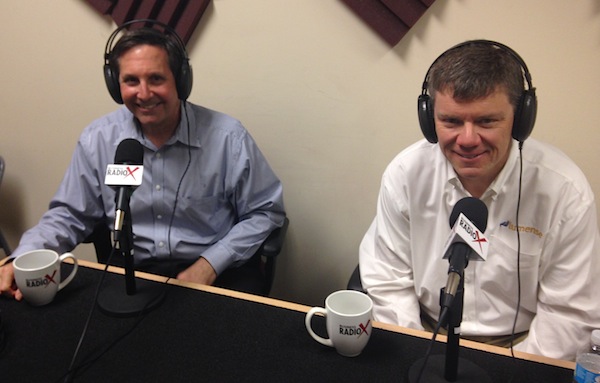 Louie has been successfully selling B2B products and services for over two decades. His first job was at the age of 10, working at a hot dog stand in Skokie, Illinois. It’s where he first learned the value of, “you want fries with that?”

Louie is the Chief Sales Officer (CSO) at Izenda. Last year his team increased sales contract value 104%, compared to 2012. Since joining Izenda sales have grown an average of 52% per year, over the last three years.

Louie is the recipient of the Top 25 Most Influential Inside Sales Professional award for 2013. Over 1,000 nominations were received and I was among the 25 selected. This is a peer-nominated award.

Louie has won sales awards with every company he has been associated with, or has run. In 2002 his company, MindIQ, was included in the INC. 500 list for one of the fastest growing private companies in America, over a five year period.

Louie is the author of  “How to be a Professional Salesperson” a comprehensive and daily sales training course that is sold around the world. The lessons in this course pull from a career of real-world selling experiences.

Mike Slawson is a co-founder and the Chief Executive Officer of Atlanta-based Lumense, a Georgia Tech spinoff commercializing real-time chemical and biological sensor technology. At Lumense Mike oversees all aspects of the company’s development, including business strategy and fundraising. Prior to Lumense, Mike was the founding CEO of Qualtré, Inc., another Georgia Tech spinoff commercializing MEMS inertial sensors. While at Qualtré, Mike was instrumental in licensing the company’s intellectual property from Georgia Tech, developing the business model and strategy, establishing relationships with key customers, partners and suppliers, hiring team members, and raising $5 million in equity capital and $2 million in debt and grant capital from top-tier investors. Mike has served as Advisory Board Chairman at Qualtré since relocating the company to Boston in late 2009.

From 1998 until 2011 Mike was also a general partner at Alliance Technology Ventures, a $250 million Atlanta-based venture capital firm focused on developing early-stage companies in information technology and life sciences. For several years, Mike was responsible for the firm’s information technology investment strategy. Mike either managed or assisted other partners with the management of the firm’s successful investments in several companies, including SecureWorks, Novera, Telaxis, SyChip, Digital Furnace, Mindlever, and OmniGuide. Prior to joining ATV, Mike was a Kauffman Fellow at Chicago-based ARCH Venture Partners.