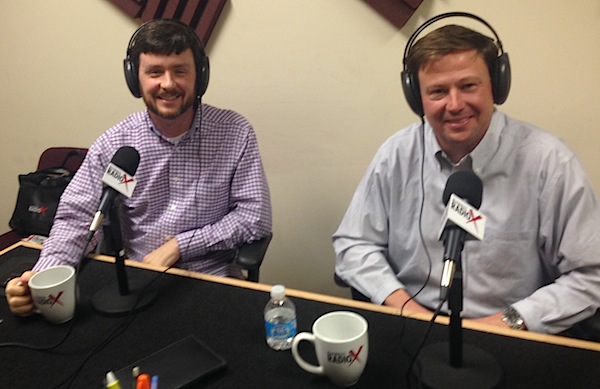 Robert Pease is the Vice President of Product Marketing at Salesfusion and has over 20 years of experience designing, building, and launching software products for both businesses and people.

Rick is currently Chief Technology Officer and cofounder with CEO Mike Marian of Synapp.io, an Atlanta-based startup focused on email deliverability and list compliance. Founded in January 2013, Synapp.io grew from its two cofounders to 10 employees and $1M in annualized revenues in one year, helped in no small part by Flashpoint at Georgia Tech, a “startup studio” helping startups find product-market fit. Synapp.io was also named the “Unsexiest Startup” by 500 Startups at their Unsexy Conference and was featured in Inc magazine.

Prior to founding Synapp.io, Rick worked in a variety of technology companies from large enterprises like IBM and Lucent to startups like Atlanta-based retail analytics firm Predictix. Most recently, Rick was a senior software developer at SourceForge, a pioneer in the open source software project hosting space. There, he helped lead the design of SourceForge’s next-generation project hosting platform Allura.

While at SourceForge, Rick was inducted into the Python Software Foundation and the Masters of MongoDB for his involvement in the Python and MongoDB communities, respectively. He is also the author of the O’Reilly publishing titles MongoDB Applied Design Patterns and Essential SQLAlchemy. He is a frequent speaker at MongoDB events and the Python Atlanta user group.