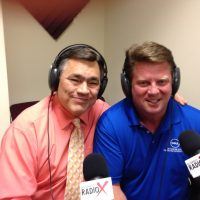 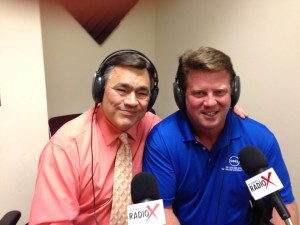 On July 17th, I was honored to have my friend, Ben Hendrick, in the studio. Ben did an outstanding job of articulating the value proposition of the new Dell. I have learned a great deal about Dell since Ben joined the company 5 years ago but I learned a lot more  during our time together in Booth 61. Ben gave a major shout out to Dell SecureWorks and the outstanding company Mike Cote, Tyler Winkler, and the entire SecureWorks team built before Dell purchased their company last year. Dell SecureWorks has become one of the fastest growing business units in the Dell Corporation which makes all of us in Atlanta very proud.

We also talked about the tremendous contribution that Ben and Dell have made to the city of Atlanta since Ben accepted responsibility to be the civic and not for profit advocate for Dell in the Southeast. In my opinion, Ben has become the “Face” for Dell in the Atlanta community. I would venture to say that Ben has more first name relationships with CIO’s in this region than any other Dell executive. A lot of Ben’s growth and success is because of his involvement in TechBridge, WIT, and the GCLA CIO of the Year Awards. Regardless of how many times I praised Ben personally, he would not accept the credit but gave the credit to the entire Dell team and to the culture at Dell. I also learned about the recent establishment of a WISE (Women In Search of Excellence) resource group here in Atlanta to support and help women who are employees at Dell succeed. (http://www.dell.com/learn/us/en/uscorp1/corp-comm/cr-diversity-wise).

One of the highlights of our time together was two call in guests. Brenda Holmes, Partner with Kilpatrick Townsend & Stockton LLP , and current Women in Technology Board President called in to thank Ben and Dell for the incredible support they have given to WIT, www.mywit.org. That was a special moment only to be followed about 15 minutes later by a call from Carrie Bates Hastings, Director of Corporate Relations for TechBridge, www.techbridge.org. Carrie also thanked Ben and Dell for their above and beyond contributions financially, with equipment, and consulting services. Last year in the Atlanta area over 1, 000,000 people were touched directly by TechBridge and the agencies they serve. Carrie said that would have been impossible if not for Dell and their support.

This was my 20th week of hosting Booth 61 and every show has been special to me. This 20th show was an extreme high peak for me because Ben and I began our relationship about 7 years ago when I was a guest speaker to his MBA Class at Kennesaw State University. I have watched Ben grow from a good technology executive into a real leader in our community. Ben has done an unbelievable job in the last 7 years creating a personal brand that involves hard work, ethical business practices, and a passion for Dell that makes you want to do business with Ben and with Dell. In addition, through the Dell team and the Dell financial contributions to our technology community, Ben is recognized as a key business leader with considerable influence in our community. I am very proud of and for my friend, Ben.

I know you will enjoy this show. I enjoyed listening while we were recording and I have listened to the show twice today. I learn something of value each time I listen.