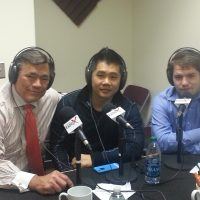 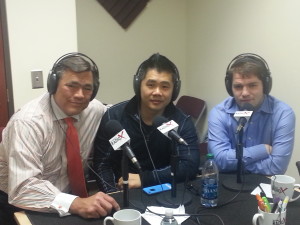 Booth 61 on 9/25 was another major HOME RUN. I was eager to meet Terry Kim, Founder of CheckAction and Eugene Yukin, Founder of TranscriptsHQ because they both came very highly recommended by Johnson Cook and Kyle Porter at the Atlanta Tech Village.  I now owe Johnson and Kyle even more than I did before. These two YOUNG guys are the real deal and I know we will be hearing more from and about them over the next few years. Listen to this interview and learn from two passionate entrepreneurs about their past, their hopes, and their future. After listening, I suggest you visit both of their websites from the Link on this page and explore what they are doing in their respective industries.

After spending almost 3 hours with these two fine gentlemen, I felt 20 years younger and 10 times smarter. It was a privilege meeting them and I plan on spending more time with them in the near future.