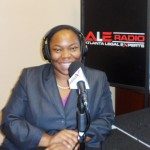 Victoria S. Bridgeman, Esq., is the CEO and managing partner of the Bridegman Law Group. The practice focuses specifically on Labor and Employment, Contract, and Intellectual Property Law. Attorney Bridgeman has lived in the Atlanta area for over 27 years and seeks to provide practical and knowledgeable service to individuals and corporate entities alike. She can be reached at bridegmanlawgroup@gmail.com. 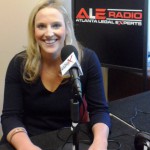 Ms. Zimmerman is an Associate at The Platt Law Firm.  Ms. Zimmerman practices family law, representing clients throughout the Atlanta metro area in cases involving divorce, child custody and visitation, child support, alimony, modification and enforcement, mediations and other domestic relations matters. She is committed to being an effective advisor and advocate for all of her clients.

Ms. Zimmerman is currently a member of the State Bar of Georgia, the American Bar Association, Georgia Trial Lawyers Association, the Atlanta Bar Association, where she serves on the boards of the Women in the Profession (WIP) and the Atlanta Council of Younger Lawyers (ACYL) sections, and is a current board member of the Georgia Association for Women Lawyers (GAWL).  Ms. Zimmerman also serves as a volunteer lawyer for the Georgia Lawyers for the Arts, which is a nonprofit organization that provides legal assistance and educational programming to artists and arts organizations throughout Georgia. 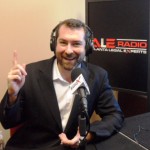 David is one of the rare individuals born and raised in Atlanta that still calls Atlanta home. He grew up working in a family owned seafood restaurant. He attended Georgia Tech, Georgia State, and earned a JD from top-ranked UCLA Law School in 2007. Prior to law school, David was a customer service manager and product manager for a 1000+ employee global e-commerce company based in Atlanta. David also worked in production for two seasons of MTV’s “The Andy Dick Show” where he was exposed to both the artistic and business side of the entertainment industry. David also has extensive experience in commercial and residential real estate sales, leasing, and investment that benefits his clients. David’s breadth and depth of experience allows him to enjoy a broad practice where he primarily litigates business and real estate disputes. When not practicing law, David enjoys writing songs, playing guitar, mastering the BBQ grill, hiking, and social networking. If you think you have a legal question, call David first. If he can’t help you, he will tell you who can. You can follow David on twitter @SpeakerDave or call him at (404) 844-5667. 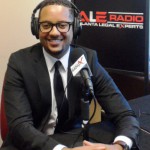 With his thirst for knowledge at an all-time high, Desmond decided to pursue his childhood dream of becoming an Attorney. In December 2013 Desmond graduated from Atlanta’s John Marshall Law School with a Juris Doctorate Degree in Law. After Passing the Feb 2014 GA Bar Exam on his first attempt he opened his own Criminal Defense Law Firm. (Humphrey Law and Associates, LLC) specializing in DUI defense.

With God as an ever present force in his life since the age of 8 years old when he was called into the ministry, he has made it his life’s goal to serve God, and the people of God in spirit and in truth. In July 2011 Desmond became a licensed minister to preach the Gospel. Whether he is standing before a judge trying a case, or before a church congregation preaching, God will be glorified through his works.