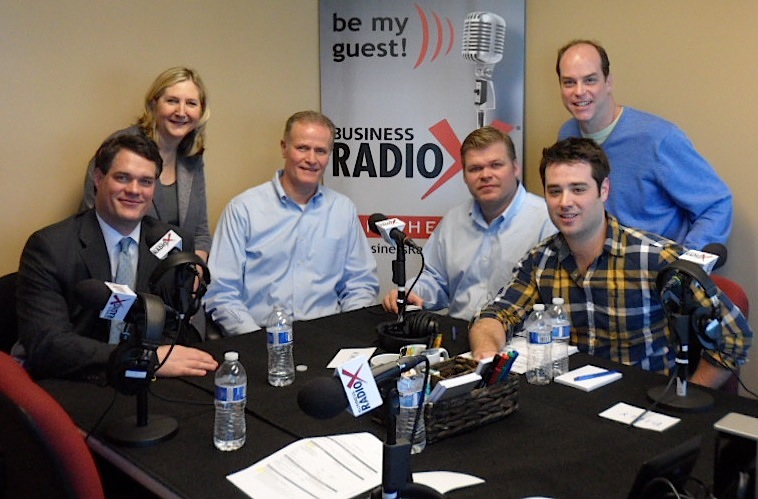 Reid Hutchinson is a Vice President aReid Hutchinson is a Vice President and Relationship Manager for Private Bank of Buckhead. He is an experienced banking professional whose work in the industry began while still in college, expanded through a major bank’s “University” lending training program, and ultimately transitioned to community banking. The majority of his career has been in the Atlanta banking market. Reid previously served as co-founder and president of NRG SVRS, LLC, a residential/commercial energy efficiency contractor. In keeping, he is a licensed general contractor. This licensure and experience in residential and light commercial construction dovetails nicely with his work in banking, helping him understand not only the lending needs of clients, but also the general needs of entrepreneurs, small businesses and individuals.nd Relationship Manager for Private Bank of Buckhead.

“I commit to the client that I will provide them with great service,” Reid says, “and understand and have empathy for borrowers and depositors.” He is a graduate of Wake Forest University, has been the captain of a Brookhaven Boys and Girls Club softball team since 2002, and has played club flag football weekly since 2002.  Reid enjoys involvement in professional organizations such as the Green Chamber of the South, the Association of Young Real Estate Professionals and the Atlanta Homebuilders Association. Reid and his wife Lawren, who is a pharmacist with Children’s Healthcare of Atlanta, welcomed their first child, a son, in 2013. They attend Peachtree Presbyterian Church, have two dogs – a Golden Retriever and a Beagle, and live in intown Atlanta.

Michael Pink – Is the founded Construx Solutions Advisory Group LLC in January 2012. Mike has worked in the construction industry his entire career, providing advisory and consulting services on large scale construction projects all over the world. He graduated from Georgia Tech with a B.S. in Industrial Engineering and received his Masters in Business Administration from New York University.

Prior to founding Construx Solutions, Michael worked for some of the most prestigious consulting firms like KPMG, Deloitte and FTI, performing capital project and construction consulting. Ever the innovator and entrepreneur, Michael saw an opportunity in his industry to better serve the client by focusing on minimizing costs and maximizing results.

Billy received his BS in the field of Building Construction in the College of Architecture at the Georgia Institute of Technology and also received a BS Minor as part of a Public Policy curriculum focusing in Law, Science, and Technology.

Chuck is a founding Partner with Harris Medical Assocites and is a native of the Atlanta, Georgia area. He graduated with honors from the University of Georgia where he attended on a full four year track scholarship. Chuck has over 30 years of healthcare staffing experience focused primarily on physicians and midlevel providers. He is formerly co-founder and President of Harris, Kovacs & Alderman, one of the nations largest permanent placement firms. Under his leadership, HKA Locum Tenens was established and provided locum tenens services for all physician specialties for both commercial and government entities across the US. The companies overall successes and growth resulted in their designation as an Inc. Magazine 500 fastest growing privately held companies.

Chuck was a founding member of the National Council of Medicine at Emory University and a board member of Atlanta Leukemia Research, Inc. He began and oversees a 34 -year-old philanthropy with the Charles Harris Run, a 10k road race in honor of Chuck’s father, Dr. Charles E. Harris, who succumbed to leukemia at age 49, in 1981. The race has raised over $1 million for leukemia research at Emory University.

Jim is known for this belief that entrepreneurship is not about creativity, risk, or passion. Jim’s first book, School for Startups, was published by McGraw-Hill in June 2011 and reached as high as number 9 on Amazon’s business section. Promoting the book, he has done over 100 radio interviews, was featured in a UPS commercial, was referred to as the Simon Cowell of venture capital by CNN, and was excerpted by Entrepreneur magazine and the Wall Street Journal India.  Author of “School for Startups,” Jim argues that entrepreneurship is not about creativity, risk, or passion. Featured in a UPS commercial, published by McGraw Hill, hired by SunTrust, Wells Fargo, and Toshiba, and featured speaker around the US and in Egypt, Dubai, Japan, Brazil, and India, he is a recognized leader in entrepreneurship.

At the age of 25, Jim founded American Computer Experience. From 1993 to 2000, Jim grew the company with no capital infusion to $12 million in annual revenue and to over 60 permanent and 700 temporary employees, operating in 39 states and in three countries. The company was the world’s largest technology training company for children, and enjoyed corporate tie-ins with Microsoft, Intel, Lego, NASA, and many others. In 2000, Jim closed two rounds of venture funding, one for $2.4 million and another for $6.4 million. Jim was selected as one of the “Forty under Forty” most influential citizens by Georgia Trend magazine, and he appeared on NPR, MBNBC, CNN, and in the New York Times, Wired, and Entrepreneur Magazine as an expert on technology and education.

In 2001, Jim joined the Institute of International Business at Georgia State University. He taught international entrepreneurship, with a focus on risk avoidance, creativity, and internet marketing skills, and was lectured at universities in Colorado, Texas, Utah, Hawaii, Japan, Korea, India, Dubai, and Egypt. In 2002, Jim started his first import/export firm, called TimelessChair.com. The firm was the result of a bet he made with a class. In 2009, Jim founded the School for Startups, a web resource devoted to teaching his philosophy of low risk entrepreneurship. He is Executive Director of a non-profit source on entrepreneurship for over 100 countries calledInternationalEntrepreneurship.com. Jim has presented for or on behalf of Wells Fargo, Toshiba, UPS, SunTrust and others on topics as diverse as the “Future of Oil Scarcity,” “How to Export in a Down Economy,” and “Getting to Number One on Google.”

Mary E. Marshall is the author of Putting Together The Entrepreneurial Puzzle: The Ten Pieces Every Business Needs to Succeed (2014). She has spent her career helping entrepreneurs turn their small businesses into successful ventures. In January of 2014, Mary was nominated by the SBA for their Small Business Award. Follow Marshall Advisors on LinkedIn, and subscribe to Mary’s blog at www.mary-marshall.com