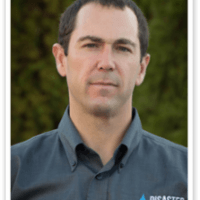 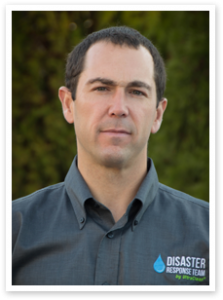 Brandon has been self-employed since he was 5 years old. His first business was raising turkeys to sell for Thanksgiving. His parents helped to finance the operation while he did the work. During his early years growing up in northern Vermont, Brandon had several seasonal business ventures and jobs. Brandon also loved logging which prompted him to obtain a degree in Forest Technology from Paul Smith’s College in upstate New York.

While on a road trip with his buddy Abe, they both ended up in Boise Idaho. After working a few jobs, and a little convincing from a customer, Brandon opened UltraClean. He started the company the first week of January, which was the worst time to start a cleaning business. To complicate matters further, he had only his last paycheck of $472 and no equipment. Brandon asked every bank he could find about financing equipment, and they all said no. He was lucky enough to find another company that was calling it quits and he assumed their debt, at a cost of course. From that day on Brandon has continued to grow his business and reputation, and to build a brand that stands strong as the premier go-to cleaning and water damage repair company in the Boise area. It hasn’t been easy for him, and at several points throughout his career it almost seemed like it wasn’t going to work.

During those tough times, Brandon had a few things that kept him moving forward. His network of friends, mentors, and a solid family carried him through tough times. Of course, hard work, perseverance, and dedication has played a major role in his longevity in business. The lessons Brandon has learned over the years are shared with those he can help, as he continues to grow through his own success and failures.

Now, after 18 years of business, Brandon has dialed in a winning formula and sold his restoration business above the valuation price. He created a simple business model that requires a small number of people to run the company while still making money, and is able to take off 8 weeks a year. With the many personal achievements and awards Brandon has won, what matters most is what the company has become.

His company has a very unique business model, with over two million dollars in revenue, without any insurance programs (which is very rare in the industry), he built a culture that is strong, with engaged and happy employees that desire to work there. The company in total grossed over $2.1 million with a net profit of 21% in 2015. This business model has allowed him to become a specialist in his area.

Brandon has authored three books, hosts a weekly radio show for small business, and created the SmokeOut Networking Group. The SmokeOut is a popular monthly networking event that is held in a warehouse with smoked foods, and helps small businesses and contractors with coaching and consulting. Brandon has made a name for himself with a purpose-driven business that has helped improve his community in the Boise area.