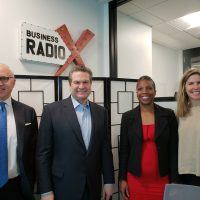 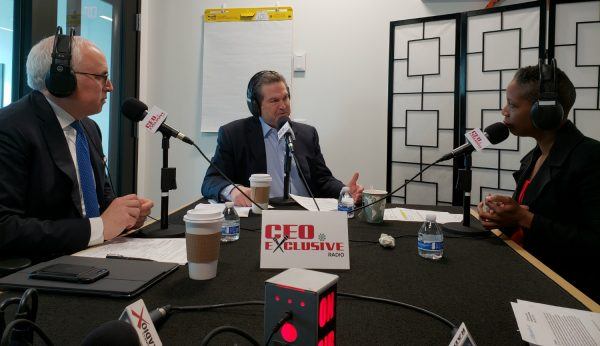 On this CEO Exclusive we talk with Rick Jackson with Jackson Healthcare and Eric Tanenblatt with Dentons about corporate philanthropy and their organization, goBeyondProfit.

goBeyondProfit is committed to celebrating businesses investing within Georgia communities. As businesses make significant contributions to improving the communities in which they live, work and serve, we believe those actions should be recognized and celebrated, further inspiring others to follow their example.

Led by inaugural Ambassadors, goBeyondProfit encourages business leaders and owners across the state to sign the goBeyondProfit Pledge in which companies of all sizes and stages are encouraged to find and invest in creative ways to give back that align with their unique business models.

There is no cost to participate. goBeyondProfit is funded by Jackson Healthcare and asks nothing from businesses except to pledge to continue making a difference.

For the past 39 years, Jackson has been instrumental in conceptualizing and developing more than 25 healthcare companies. His ownership and operation of staffing companies, surgery centers, practice management companies, clinics and hospitals have endowed him with the depth and breadth required to thrive in the ever-changing healthcare environment.

As a former foster child, he is driven by a personal mission to inject hope and opportunity into the lives of underserved children, Jackson actively supports numerous local and international charitable organizations. He is a co-founder of FaithBridge Foster Care and serves as its Chairman. Jackson founded goBeyondProfit, a first-of-its-kind business leader-to-leader initiative to make giving back the norm in Georgia.

Jackson and his wife reside in Atlanta, Georgia.

Eric Tanenblatt chairs Dentons‘ US Public Policy practice and serves as a leader of the global Government sector and global Public Policy and Regulation practice, leveraging his three decades of experience at the very highest levels of the federal and state governments.

Mr. Tanenblatt, a renowned lecturer and political counselor who’s widely regarded as one of the nation’s preeminent public policy thought leaders, has served in the administrations of the three US presidents and as a senior advisor to a US senator and governor, and held a US Senate-confirmable post governing a federal agency.

He has a passion for shepherding disruptive companies and industries through the complicated web of law and regulation, and often writes and speaks about the innovation economy and autonomous vehicles. He leads Dentons’ global autonomous vehicles team and authors a popular weekly digest tracking the most consequential regulatory, political, and technical developments in the world of automotive autonomy.

Mr. Tanenblatt’s political and fundraising activities and experience are extensive.

He served as chief of staff to Governor Sonny Perdue, Georgia’s first Republican governor in 130 years, and later helped coordinate the 2004 G-8 Economic Summit, hosted by President George W. Bush at Sea Island, Georgia. He served in 2012 as a political advisor and National Finance Co-chairman for the presidential campaign of Governor Mitt Romney, with whom his relationship dates back to 2004, when he served as Finance Co-chair for the Romney-led Republican Governors Association (RGA). Earlier, in 2000, he served as the state chairman for President Bush’s successful Georgia campaign and held sernior positions in the 1996 Bob Dole and Phil Gramm presidential campaigns.

He also served as a longtime advisor to the late US Senator Paul Coverdell (R-GA), including as vice chairman of the senator’s reelection bid in 1998. Later, he served in the administration of President George H. W. Bush at the Department of Health and Human Services as a special assistant to the secretary, and as director of intergovernmental affairs at the Peace Corps.

Mr. Tanenblatt is a prominent advocate for civic engagement, often writing and speaking on the subject. He was nominated by President Bush and confirmed by the US Senate to serve on the Board of Directors of the Corporation for National and Community Service, serving from 2008 until 2013. He was also the founder and chairman of Hands on Georgia, a statewide organization to promote volunteerism, and served as co-chair of the Host Committee for the 2008 National Conference for Service and Volunteerism.

Routinely named one of Georgia’s 100 most influential persons by the magazine Georgia Trend, which years earlier named him one of the state’s “Forty under 40” rising stars, Mr. Tanenblatt is often quoted or cited by some of the most prestigious news and opinion services in the world, including the Wall Street Journal, the Washington Post, the New York Times, US News and World Report, National Journal, Politico, The Hill, Roll Call, the Associated Press, and the Atlanta Journal-Constitution.