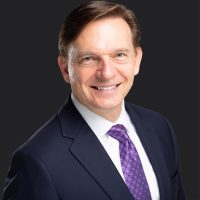 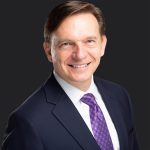 Steve Buisson, Founder and CEO of Executive Balance, contributes extensive technical and leadership skills to large, mid-sized, and emerging enterprises. As an experienced Chief Risk Officer, he brings experienced insight and a balanced perspective to complex financial risk challenges. He has been at it for quite a while — successfully managing complex risk frameworks for top-tier banks for over two decades.

After acquiring industry-related expertise and establishing himself as a trusted authority in risk management, he devoted the latter part of his corporate career to leadership development and building high-performance teams across the organization.

His recent experience as a Business Unit Chief Risk Officer through the early stages of the COVID-19 pandemic provided him with invaluable insight into crisis management. As a seasoned executive in the Financial Services industry, he offers a wide variety of experiences that can be of immediate value to your organization.

Through empathetic-based listening and engagement, he strives to draw out the best performance of the individual and the team. As a driver, he is an organizational leader and his specialty is helping teams achieve their potential. He has a strong foundation in a value-based approach and believes an inclusive, diversified approach yields optimal results.