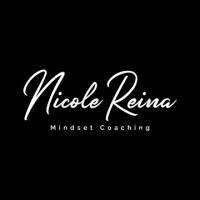 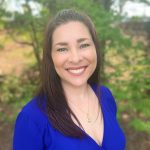 Nicole Reina is an orally deaf individual with just 2% hearing, relying solely on hearing aids and lip-reading to communicate.

A survivor, Nicole overcame years of emotional and physical abuse from both at home and school that eventually manifested into mental stress while in early college. Using several tools and programming techniques to help heal her mind, she later successfully transformed her life and overcame all odds.

Early on, Nicole achieved remarkable milestones. Among other degrees, she earned her MBA from FIU in Corporate Finance and International Business in 2018.

In 2017, Nicole and her husband John built an award-winning traditional commercial cleaning business called Amaze Clean Janitorial.In less than four years this company became one of the largest family-owned commercial companies on the East Coast with operations from NC to Florida.

As a result of her success, Nicole was introduced to the Law of Attraction in 2020 and was hooked. In early 2021, she became a certified practitioner.

As a mother of two beautiful daughters, Nicole developed a passion for helping parents of challenged children see the role they play in a whole new light. Challenged children live in a constant state of frustration, which can have a negative impact on the parent’s well-being on an unconscious level.

Through her coaching, Nicole works to raise the level of consciousness of the parents through confidential discussions and workshops, which enables them to co-create a healthier and more productive life for their children.

Through Nicole’s remarkable insight on the Law of Attraction and how it affects daily lives, she helps bring joy to those who struggle with finding it.

Earlier this year, she joined the John Maxwell Team and became a certified Speaker, Coach, and Trainer with the dream of Changing the World by impacting the limiting perceptions of challenged individuals that exist in society today.

During her spare time, Nicole loves to spend quality time with her husband John and her two remarkable daughters, Natalie and Catalina. She is an aspiring author with her first book in the making.

Her hobbies include reading, writing, drawing, meditating, and bringing inspiration to others. She currently resides in Tega Cay, SC.