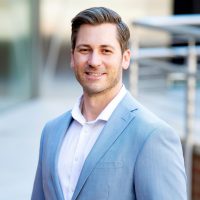 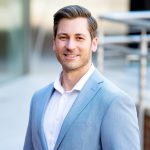 Tyler Buechler grew up in the middle of nowhere on a small dairy farm in North Dakota. There are more cows than people where he came from and in the winter the temperatures can fall as low as 30 degrees below zero. He started working a job doing concrete construction when he was 15 until he went to college and continued it during the summers there. All that is to say that he learned the value of working long hard hours and not taking things for granted. It also taught him to work smarter and not harder.

When he saw his entrepreneurial opportunity in college, he took it and ran headfirst toward his dreams. Of course, there were many bumps and bruises and lessons to be learned along the way. He struggled without having any previous business knowledge but he was motivated and determined to learn and wouldn’t give up no matter what. He enthusiastically plowed a path forward and learned with every win and every loss along the way.

With nearly 20 years of experience starting and growing companies, his passion is to help others to do the same and to give them the tools they need to be empowered to generate the success they are dreaming of. It’s difficult enough on his own with no experience and that’s where the value comes in from having a mentor that does have the experience. He has already navigated the pitfalls and made the mistakes so he can show others how to avoid them and do it right. He is also an expert in teaching others how to reprogram their subconscious to transform their mind into the entrepreneur they dream of being.

His greatest passion is to help others and see them become as successful as their dreams will take them. His unique talents and knowledge come from building multiple companies from the ground up and having nearly a hundred employees and tens of thousands of clients around the world with eight figures in annual revenue. His desire is to pass on that knowledge and experience to others so they can obtain that same success.