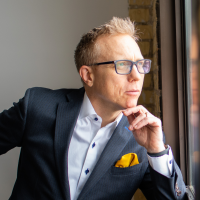 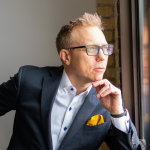 Joshua Peters, CEO of X-Factor Hypnosis, is a high-performance and hypnotic coaching expert. He helps entrepreneurs, business owners, and other leaders eliminate self-sabotaging habits or beliefs and replace them with positive patterns of success.

Joshua started practicing hypnosis at the age of 13. After working most of his life in the corporate world, he formally trained in NLP and Hypnosis and began coaching in 2016. As a certified professional hypnotist, having helped hundreds of clients, Joshua dedicates himself to the science of quickly and easily rewiring negative patterns of thought or behavior.

This doesn’t just supercharge your business. These changes reflect across all areas of your life, bringing greater fulfillment in personal relationships, confidence, and health.

While Joshua loves making an impact and changing lives, he finds the most joy in spending time with his wife and family.