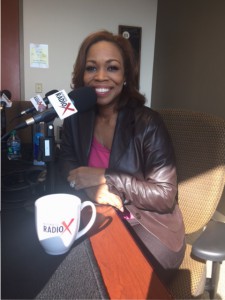 When you are the founder of a GLOBAL initiative (The PINKtech Institute & The PINKpreneur Network) centered around economic empowerment for women, its safe to say that partnerships and collaborations are key. For more than 20 years, Felicia has had the pleasure of developing powerful relationships with government and foreign entities, corporations, politicians, celebrities and many other influential people. Her connections have lead to multiple 7-figure business ventures, the production of numerous mega events and thousands of dollars in sponsorships. Felicia has worked with major brands such as Microsoft, Cricket, IKEA, State Farm, Fifth-Third Bank and The WNBA Atlanta Dream to name a few.

Felicia M. Phillips, known as The Pink Mogul, is a Serial Entrepreneur and Master Business Coach and has been instrumental in coaching entrepreneurs on professional relationship management, building strategic partnerships and discovering how to use their power of influence to attract clients, increase their cash flow and expand their business. Felicia co-authored the book Pink Mastermind and is a Master Guide Facilitator for mastermind groups.

Felicia is not only passionate about helping women obtain success through collaboration, she is also an advocate for the environment.  In April 2011, Felicia was awarded The Phoenix Award by City of Atlanta Mayor, Kasim Reed for her commitment to sustainability.  She was honored in 2013 for her sustainability efforts by Who’s Who in Black Atlanta.  Felicia has also been received The 2015 Connector Award and been nominated for a R.I.C.E. Award.

As a Speaker, Felicia  has had the pleasure of working with the Environmental Protection Agency (EPA), FDIC, International Women’s Think Tank, Georgia State University’s Andrew Young School of Policy, Green For All, The Urban League of Greater Atlanta’s Entrepreneurship Center, Fulton County Economic Development and many other organizations.

Her heart-centered mission is to teach female entrepreneurs how to master their mind, heart and soul in order to unleash their unique talents and manifest the wealth, freedom and lifestyle they so richly deserve.

A Native of Atlanta, Felicia M. Phillips is a wife and mother of two beautiful children.