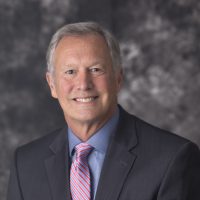 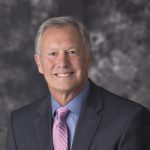 As executive director of the Ohio Tuition Trust Authority, Tim Gorrell is responsible for leading the agency and its 35 employees, recommending and implementing the investment strategy as approved by an 11-member fiduciary OTTA board, and managing the overall operations of the CollegeAdvantage 529 Savings Program.

Having held organizational leadership positions throughout his 34-year career, Gorrell most recently served for as the director of the Ohio Department of Veterans Services, where he led the daily operations of a cabinet-level department of 900 employees serving Ohio’s 877,000 veterans.

As director, he oversaw a 7.7% increase in the number of Ohio veterans connecting to services, was recognized nationally for the department’s work with the Defense Personnel Records Information System, and implemented education provisions of Ohio law to better support veterans and their spouses in pursuing college degrees and professional licenses. During his nine years in Ohio public service positions, he also served as an Ohio Deputy Inspector General and as Command Inspector General for the Ohio National Guard.

Colonel Gorrell, who retired from the U.S. Army after serving 31 years, is a highly awarded and decorated military leader. Throughout his military career, he served in such senior positions as Chief of Staff to the Commander of the U.S. Third Army in Kuwait and as the Military Assistant/Senior Advisor to the Assistant Secretary of the Army for Installations and Environment at the Pentagon. His service has spanned the globe.

He is a native of Toronto, Ohio and received his undergraduate degree in education from The University of Akron. He holds master’s degrees in history and strategic studies from the University of Monmouth and the U.S. Army War College, respectively.

He and his wife reside in Powell, Ohio and are the parents of two daughters.