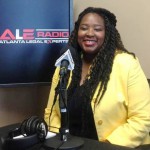 Tiffany Williams Roberts is a native of Atlanta, Georgia. She obtained a B.A. from Emory University in 2003. In 2008, Tiffany obtained her J.D. from Georgia State University College of Law, graduating with pro bono distinction and several other honors.  While at Georgia State, Tiffany studied in Rio de Janiero, Brazil, Panama City, Panama and Durban, South Africa.

As a staff attorney at the Office of the Public Defender, Atlanta Judicial Circuit, Tiffany represented hundreds of clients facing felony charges in the Superior Court of Fulton County.  While in public defense, she committed herself to providing the very best representation to her clients, despite limited resources and time. Through the nationally acclaimed Gideon’s Promise (formerly Southern Public Defender Training Center), Tiffany continued her legal education.  Tiffany also serves as Deputy Director of the National Institute for Teaching Ethics and Professionalism, housed at the Georgia State University College of Law.

In addition to her legal career, Tiffany dedicates numerous hours to the community organizing around issues of police accountability, public safety and civil rights. She is a volunteer and leader of Ishmael’s Promise, a youth pretrial diversion program launched by the Board of Deacons at Ebenezer Baptist Church.

Tiffany’s solo practice, specializes in criminal defense and civil rights issues. Her commitment is one to professionalism and client-centered representation. 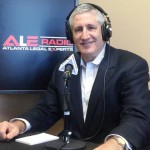 Tom Holder graduated from Case Western Reserve U. He also spent his Junior Year Abroad at Lancaster U. in England. He received his J.D. from Emory.

He has practiced with the firm of Long & Holder, LLP for the last 28 years, with a practice exclusively devoted to the representation of injured workers in workers’ compensation cases. He is AV rated, has been designated as a Georgia Super Lawyer every year since 2004 and was in the Top 100 for 2012, 2013 and 2015. He is a Fellow of The College of Workers’ Compensation Lawyers. He is a member of the Board of Directors of WILG, the national claimants’ attorneys’ organization. 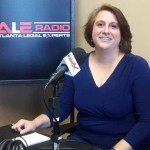 Erin is an experienced family law attorney and has handled cases in all areas including divorce, child custody, child support, alimony, division of property/debt and contempt. In 2012, Erin joined the family law practice at Bovis, Kyle, Burch & Medlin, LLC as a partner. Erin began her private practice with Schulten Ward and Turner in 1996 with a general civil litigation practice that included some family law as well as business litigation, construction litigation, contract disputes, dissolution of partnerships and personal injury. As her practice grew, Erin decided to focus her practice exclusively on family law.

Erin is an experienced trial lawyer having participated as lead counsel in jury trials, bench trials and numerous hearings in many counties of metro Atlanta as well as in Savannah and Macon. Erin has also participated in cases in federal court in the Northern District of Georgia and Southern District of New York. Erin feels that in family law her courtroom experience is crucial because clients often need the assistance of the court in order to protect their safety and financial security. Erin is a trained mediator and is able to bring that training and insight to her own clients’ settlement negotiations and mediations. Erin also offers her clients a network of relationships with professionals such as accountants, financial advisors, security experts and private investigators.

Erin is an Atlanta native. She grew up in Sandy Springs, graduated from Riverwood High School and now lives in Dunwoody with her husband and two children. 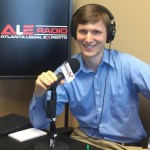 In short, I’m currently a claims counsel for Hiscox. Since that leaves many asking a what?, for who?, I’ll explain further. Starting with “who,” Hiscox is a leading specialist insurer. Founded in England, where it’s a member of Lloyd’s of London, Hiscox’s history in America is short by comparison. However, in that short time, Hiscox has already pioneered direct liability insurance, so now American small business owners can shop online or call for their insurance needs, the same way individuals already shop online for auto or health insurance.

The direct business is important to me, because I’m a claims counsel on the start-ups and small business claim team. When one of our direct customers sends in a claim, they’ll be getting a call from us. Once I receive a claim, I examine it for coverage. For covered claims, I then work with the customer to help them resolve the problem at hand. That may include appointing defense counsel and making sure our customer’s interests are being protected, or negotiating a fair resolution directly with claimants.

Prior to coming in-house with Hiscox, I worked in private practice at Foltz Martin Knapp as a litigation associate. I also worked for a short time at the Eleventh Circuit Court of Appeals in the Staff Attorney Office.

In my personal time, I spend time with my family, read old books, and try to write when I can.