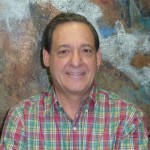 Armand Christopher is originally from Chicago, IL and moved to Dallas in 1975. While working in many different industries over the years, Armand has always had a passion for real estate and has been a licensed realtor for over 35 years. When Armand decided to focus full time on real estate in 2001, he immediately became a Seniors Real Estate Specialist, which is a designation that is owned by the National Association of Realtors. Armand is now a board member of the National Associations of Realtors for that senior designation. He is widely viewed as an expert in senior relocation issues, and loves the opportunity to assist seniors and their families as they transition to new environments and new realities associated with downsizing.  Armand’s company is Senior Living Realty, found at www.seniorlivingrealty.com or he can reached by phone at 214-564-5800. 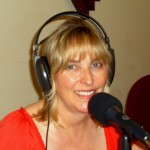 Originally from Southern California, Lorna Armstrong was deeply impacted by a 7.0 earthquake near her home in Northridge in 1994.  Having seen firsthand what it was like to be without water, power, gas and other basic services, Lorna joined her fire department’s local Community Emergency Response Team (CERT).  When she moved to Alpharetta in 1998, she joined the CERT program in that community as well.  After 25 years in the corporate world, Lorna decided to make a business out of her passion for emergency preparedness, and formed Armstrong Emergency Readiness in 2009.  The mission of her company is to prepare families for any type of emergency, whether it is a “shelter in place” emergency, or an evacuation.  She trains families, caregivers and others on what to put in the Emergency Preparedness “kit” and how to be ready to survive the aftermath of an emergency.  For more information, please contact Lorna at (404) 952-0647, or visit her website at www.armstrongER.com.